Cars that are practical, affordable, and safe – these are the things that Kelley Blue Book (KBB), a US-based automotive research and valuation company, sought when they recently named the 10 best back-to-school cars.

The list ranges from subcompact hatchbacks to crossover SUVs that are deemed perfect for students who considers looks in their choice of vehicles, as well as parents who wish for their child’s safety.

Among the cars mentioned on their list, the following models are worth noting. Starting the list is the 2016 Chevrolet Spark. Its redesigned exterior and interior is refreshing, albeit, we’ll be missing the motorcycle inspired gauge clusters of the current model. Unfortunately, this all-new model isn’t available locally and the brand’s exclusive local distributor, The Covenant Car Company Inc. (TCCI), hasn’t announced if they’ll bring it over. The Ford Fiesta came in next with its audacious design and fun-to-drive character. KBB noted that its improved SYNC 3 infotainment system is one of its key selling point. With its newly designed user interface and functionalities like voice recognition, Apple CarPlay, and Android Auto, we totally agree with them; that’s why we’re craving to see this update in the upcoming local Ford models. Per KBB, the Subaru Impreza’s reliability and newly updated technologies are enough key points to make this Japanese compact sedan to be included in this list. You can also add that it has a high resale value in the US and the least expensive model with an all-wheel drive system – talk about practicality. 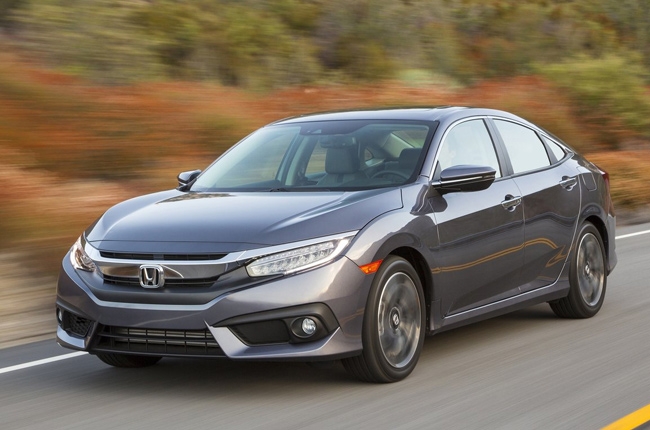 We’re not surprised to see the 10th generation Honda Civic on this list. It’s also named as KBB’s Overall Best Buy for 2016 and tops their favorite new cars for the year. They boldly described it as the roomiest, most comfortable, most fun to drive, most efficient, and most feature-packed model in its class. We can’t blame them. With the refinement, reliability, and reputation that come with its nameplate, you can’t expect less from this famous compact sedan.

Other cars that made it into KBB’s list are the Mazda3 SkyActiv, Mazda CX-3, Kia Soul, Honda CR-V, Honda Fit aka Jazz, and Nissan Versa Note.

It’s quite interesting as among the 10 cars, 8 of them are available on our shores, which says a lot when it comes to the quality of cars that are in the market today. Although some of the features may not be available locally, it’s safe to say that the ones we have won’t be too far to what they have especially in terms of build and design.

For more information on the above-mentioned vehicles, visit the AutoDeal Car Guide.