Kia Motors just gave the Sportage a big update – at least in terms of its power plant. The Korean brand’s compact crossover received a facelift, new hybrid diesel engine, as well as interior and safety upgrades. 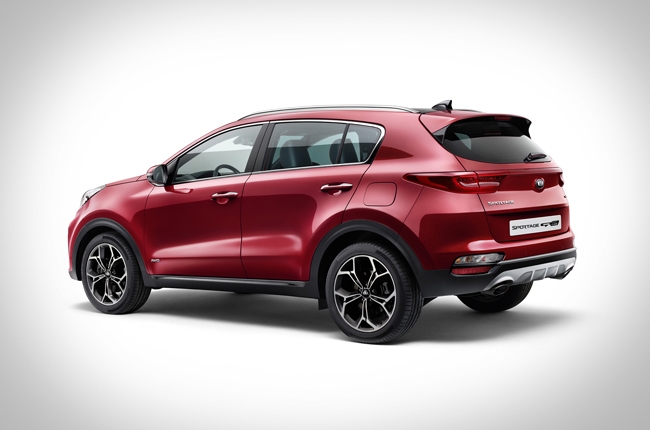 Upfront, the new Sportage has a sportier look compared to the previous model. Its headlights are longer and have a new square housing for each bulb. Meanwhile, it gets the same tiger nose grille as its predecessor; however, it does come with a bumper with larger air ducts in the middle flanked by new fog lamps. Not much has changed on its side and rear apart from the bigger lights on the bumper.

As for its engine, well, the Sportage will come with several options for future owners to choose from. First, we say goodbye to the old 1.7L CRDi mill that’s now replaced with Kia’s cleanest engine ever – the 1.6L U3 CRDi. According to the South Korean brand, it will be able to produce either 113 or 134 hp, with the latter being offered in all-wheel-drive and a seven-speed dual clutch automatic transmission.

The other choice will be a 2.0L diesel mild-hybrid engine. This particular powertrain comes equipped with Kia’s EcoDynamics+ that boosts acceleration, thanks to a 48-volt battery and extend the engine’s “off time” via the Mild-Hybrid Starter-Generator unit. Together, the hybrid system could reduce the Sportage’s CO2 emissions by up to 4%. Inside, the Sportage comes with a new steering wheel and revised instrument cluster. It will also feature a new black and grey two-tone trim while the GT-Line gets similarly themed leather seats. Furthermore, this compact crossover will have the brand’s new infotainment system – a seven-inch touchscreen or a new “frameless” eight-inch infotainment system. Compared to the local units of the Sportage, this would be a huge upgrade in terms of its entertainment system.

Kia is also keen to introduce the technological upgrades of the Sportage. It’s now equipped with the latest driving assistance systems such as smart cruise control with ‘Stop and Go,’ an around view monitor, driver attention warning.

The new Kia Sportage will go on sale in Europe on the third quarter of 2018. Who knows, it might make it to the Philippines eventually, sooner or later.