When you found out about cars going electric, haven't you, at the back of your mind, thought about supercars biting the trend? Well you’re quite in luck; Lamborghini announced an electric supercar to own the electric vehicle (EV) industry, once and for all. Imagine those crazy RPMs and insane lap times with wheezing engines instead of the thunderous roar of their V10s and V12s.

The "Lamborghini of the Terzo Millennio," or third millennium in English, is your EV unlike any other in the present time. To begin with, the exterior looks like it's about to transform like an Autobot (or Decepticon, if that's what you prefer.) The Terzo Millenio's design is futuristic, even topping the out-of-this-world appeal of the 2013 Veneno roadster. Currently, Lamborghini's resources for an electric motor is not that established, as compared to Tesla, which is as an EV company to start with. Yet, its collaboration with the Massachusetts Institute of Technology (MIT) will spark the first stage of a future high-performing EV. Their goal? To enable the Italian supercar-maker address the future of the super sports car in five different dimensions: energy storage systems, innovative materials, propulsion system, visionary design, and emotion.

"Collaborating with MIT for our R&D department is an exceptional opportunity to do what Lamborghini has always been very good at: rewriting the rules on super sports cars. Now we are presenting an exciting and progressive concept car. We are inspired by embracing what is impossible today to craft the realities of tomorrow: Lamborghini must always create the dreams of the next generation.”
Stefano Domenicali
Automobili Lamborghini Chairman and Chief Executive Officer

The Terzo Millennio will be equipped with supercapacitors as a better alternative for conventional batteries. This revolutionary storage system is currently being investigated by MIT's Dinca Research Lab and Mechanosynthesis Group, and is being financed by Automobili Lamborghini itself. However, this is not the first time the supercar-maker will be using supercapacitors, as low voltage of these were applied in the V12 Aventador.

The most notable thing with the Terzo Millenio, however, is its ability to regenerate kinetic energy on top of delivering high-peak power. This special ability is said to have very little influence from the vehicle's aging and cycling. Not to mention, the car having a symmetrical release and harvest of electric power is also being looked forward. With all these being said, the Terzo Millenio is a self-regenerating super sports car. Not only is it self-regenerating, the super sports EV is also self-healing. The Terzo Millennio will be composed of carbon fiber structures and parts, which are typical in high-powered sports cars for lightweight construction. Unfortunately, carbon fiber cracks under extreme conditions. This is where MIT and Lamborghini want to establish an edge. The super sports EV will be blessed with health-monitoring system for damages.

Of note, the car will have the ability to repair itself through micro-channels filled with healing chemistries – as to how exactly, we’re not entirely sure but it’s a great welcome to the future. With this advanced characteristic, the Terzo Millennio will be virtually lighter as Lamborghini will be able to increase the use of carbon fiber to high-fatigue parts. And of course, the lighter it is, the faster it goes. 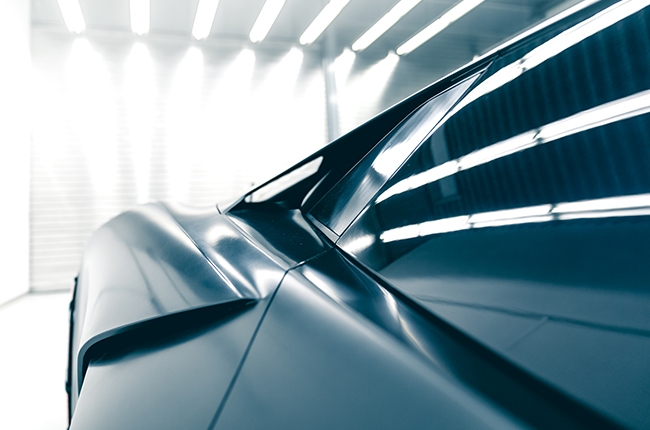 Lastly, the Terzo Millennio will have a 4-wheel drive system, each wheel integrated with an electric engine. However, we still can’t determine whether this would outpower Tesla Model S P100D as power ratings aren’t available yet. The only thing we know is that this setup allows the designers to achieve aerodynamic design as freely as it could be.

Moreover, the high-powered EV will have virtual cockpit with Piloted Driving simulation. This feature will allow the driver to be taken around a track by a ghost car. Future super sports car enthusiasts will have the convenience of training on the track with a simulated trainor, right at the cockpit of their Terzo Millennio.

There is no timeframe, yet, as to when the Lamborghini Terzo Millennio will be officially launched to melt the eyes of super sports car enthusiasts. Here’s a video to wrap things up.