Since 2015, MG cars have been unofficially imported into the Philippines by Morris Garages Philippines. If you have seen the MG showroom along EDSA Greenhills, Makati, and Cebu, you know what we mean. This time, however, The Covenant Car Company Inc. (TCCCI) is the official distributor of the MG brand, with a target of six new MG models, 16 independent MG dealer partners, and accessible after-sales services nationwide.

Now, if TCCCI sounds familiar to you, it is the same company that imports and distributes Chevrolet vehicles in the Philippines. Just a brief background about the brand, MG is a British brand that’s currently has a technical and financial backing of the Chinese conglomerate, SAIC Motors. It’s the same company that owns the Maxus vehicle brand, which is also about to hit the Philippines soon.

To bring the MG cars closer to Filipinos, MG Philippines’ has committed to set up road shows in top six malls during the course of 2018 Q4, although the press release didn't mention which malls exactly. 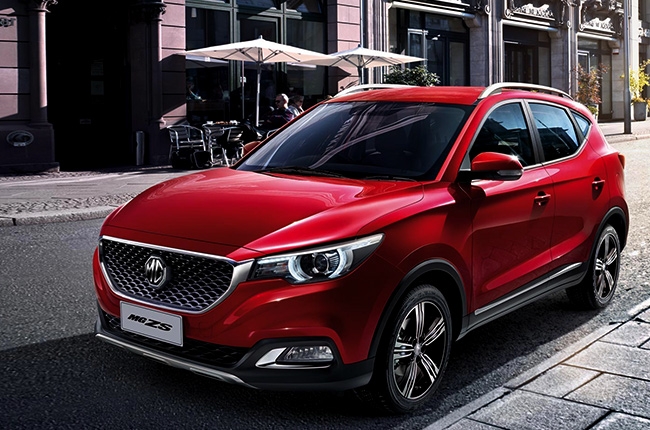 The MG ZS subcompact crossover is powered by a 1.5L normally-aspirated power plant that produces 114 hp and 150 Nm of torque. It features an imposing design that, according to the press statement, consists of “London Eye” headlights, a “Stardust” grille, and “Plough” taillights. The other crossover in MG Philippines’ official lineup is the RX5. Under its hood is a turbocharged 1.5L gasoline engine that makes 162 hp and 250 Nm of torque, coupled to a seven-speed double clutch automatic transmission. Its exterior design is more refined than the ZS, with a considerable amount of ground clearance. Last, but definitely not the least, MG Philippines introduces the MG 6, which unfortunately didn't make an appearance during the brand launch. The fastback compact sedan aims to combine luxurious amenities with sporty feel – a trait that isn’t really new to sedans these days. This is primarily seen in the flat-bottom steering wheel and the two-toned red and black seats, dash, and door panels found inside the car.

All MG cars come with a five-year warranty or 100,000 kilometers, whichever comes first. Aside from that, MG Philippines is aware that after-sales service offerings are just as equally important as the vehicles themselves, especially for a relatively new brand that’s looking to penetrate the market.

MG owners are assured of the following for their after sales service needs: a string of independent, MG Philippines-accredited service outlets; “Mobile Garage” service caravan starting January 2019 that offers regular preventive maintenance servicing in the convenience of your garage; the “One-Hour Max and Go” service platform that ensures one-hour basic preventive maintenance service (PMS); the “MG Hero Services” that offers 24/7 roadside assistance; a customer care hotline that is available 24/7; and the “Mobile Gadget,” which allows users to pair their MG to a smartphone app to monitor their car’s running stats, and allow them to schedule an appointment online from the convenience of their phones.