It looks like it isn’t just the Italian brands Alfa Romeo and Abarth that are ready to enter the Philippine shores. In a recently concluded deal, China’s SAIC Motor inked an agreement with Ayala Corporation (AC) to sell its Maxus brand of vehicles to the competitive local automobile market.

Maxus is a British brand which was acquired by SAIC Motor in 2010. The Chinese conglomerate sees it as one of its fast-growing names, with a sales record of 71,117 units in 2017. The other British carmaker that SAIC Motor owns is MG, which already has a presence in the Philippines for quite some time now.

According to a report by Nikkei Asian Review, AC Industrial Holdings, Ayala’s manufacturing unit, will start importing and selling Maxus vans and light commercial vehicles during the first quarter of 2019. The prices will be competitive, as expected, but we have yet to see what the rookie brand could really offer to Filipino buyers.

"The addition of Maxus will strengthen and diversify AC Industrials' portfolio of product offerings in alignment with evolving Philippine market preference," Ayala said.

With this agreement with, the Maxus brand will be joining Volkswagen, Honda, and Isuzu, as well as KTM motorcycles, in the vehicle and motorcycle portfolio of AC. 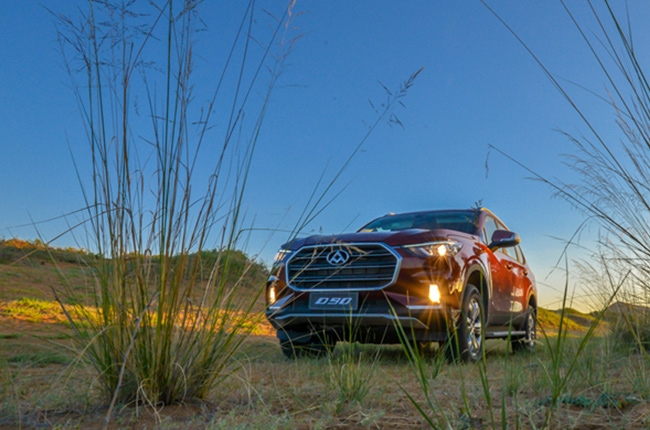 Maxus has a variety of lineup that could suit the taste of local car buyers. On the global stage, it has the D90 SUV (seen on the images), the G10 MPV, V80 passenger van, T60 pickup truck, and the RV80 recreational vehicle. Although it isn’t quite clear yet as to what nameplates will Maxus bring here, we’re assuming that the D90 will reach the shores, considering the increasing demand for SUVs in the country.

The D90 is a seven-seater SUV powered by a 2.0L turbocharged gasoline engine with either six-speed manual or automatic transmission. It has an imposing exterior design and by the looks of it, could rival the Japanese midsize SUVs when it comes to size.

What do you think? Do you feel that the Maxus brand will be able to capture the hearts of the Filipino buyers?