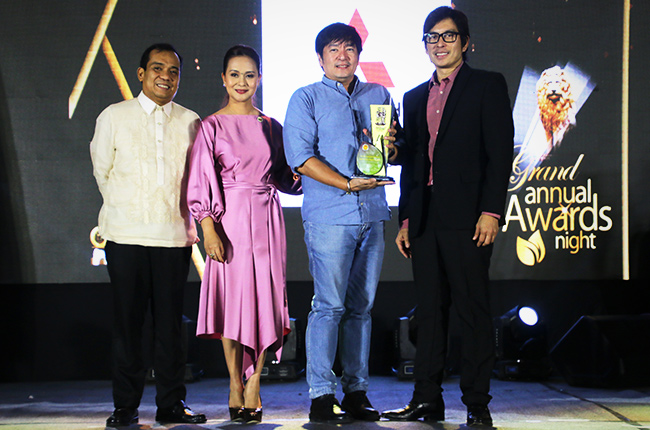 What could be better than receiving numerous awards in one night? What could be more fulfilling than bagging more than two or three titles of excellency? Good for Mitsubishi Motors Philippines Corporation (MMPC), as it received five accolades from the city of Santa Rosa, Laguna in recognition to their efforts in the business.

Earlier this month, the city of Santa Rosa, Laguna conducted the Lion Awards for Business and Green Awards 2018 at the city’s Multi-Purpose Complex. With the theme “One for Progress: Strengthening Partnership towards a Balanced Development,” the awards night was spearheaded by City Mayor Dan Fernandez, Vice Mayor Arnold Arcillas, and Laguna First District Representative Arlene B. Arcillas.

Related: 2018 PhilAPEX: Welcome to the future of Philippine public transport

You might wonder why local governments do such kind of event. Of course, everyone has their own agendas for the betterment of a certain city and it happens that Santa Rosa wants to push business and investors to boost the economic development not only in within the city itself, but in the entire region as well.

At the same time, the local government want to also highlight the positive momentum of the businesses’ environment-friendliness and greenness. It also wants to extend its appreciation to outstanding business and realty tax payers, as they are the one who generate local revenues.

MMPC promises to continue and improve their projects and performance for the city’s development. Just recently, the company donated an i-MiEV and a quick EV charging station to the Department of Environment and Natural Resources Cebu. It had also donated to other government bodies in the past few months. Are Laguneños bound to see electric charging stations and an i-MiEV in the future, too?