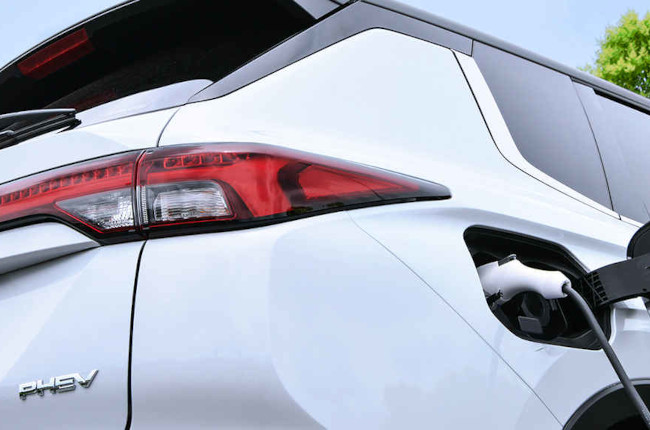 The Mitsubishi Outlander is one of the only plug-in hybrid-electric vehicles (PHEVs) from a mainstream manufacturer available in the Philippines. The compact crossover is a first for the brand and competes with the likes of other green offerings like the Nissan LEAF.

Making its debut in 2013, the Outlander PHEV is currently sold in more than 60 countries around the world and is one of the leaders in the PHEV segment.

The compact crossover sports the brand’s Dynamic Shield front fascia, with angular lines on the front end extending all the way to the rear. The 2022 update will see a new set of taillights at least according to the pictures.

For 2022, however, the Outlander PHEV is getting an update in North America and Japan and will feature a new plug-in hybrid system. Mitsubishi announced in a press release that it will be launching the new compact offering in Japan in the second half of the fiscal year in Japan, and the second half of the calendar year in the United States. The nameplate will celebrate its 6th year of being on the market following this update, as the Outlander was officially launched stateside back in 2016 as a 2017 model year.

Mitsubishi claims that the new model will have improved motor output and increased batter capacity over the current model. The brand also stated in its press release that it will have a newly-developed platform, integrated components, and an optimized layout to allow for 7-occupant seating.

The current-generation model that you can buy in the Philippines has a retail price of P2,998,000, and it comes equipped with a 2.4-liter gasoline engine, that produces 126 hp and 199 Nm of torque. The plug-in system effectively turns this automobile into an electric vehicle. It features a twin electric motor system that gives the vehicle four-wheel-drive capabilities. Because of the assistance from the electric motors, owners will experience instantaneous throttle response off the line and benefit from almost zero emissions. The electric motor alone is capable of producing 137 Nm of torque, which is more than enough to get the Outlander going from a stop. All in all, the vehicle is able to produce 236 hp and 300 Nm of torque, and those figures are expected to rise by the time this update comes through along with a range boost according to Mitsubishi.