The all-new Nissan X-Trail has officially made its debut at the 2021 Auto Shanghai motor show. This marks the 14th model that the Japanese brand has launched in the last 11 months. While the crossover is similar to the Nissan Rogue that is sold in other countries such as the US and Canada, there are a few differences made to the vehicle made for the Asian market. On the outside, the Nissan X-Trail maintains the same look as its Rogue counterpart. This means that it still comes with the same dual-layer headlight setup as well as the same bumpers and wheel options. Where the two models differ slightly is when it comes to the signal lights. While the design remains the same, the X-Trail comes with a clear lens, in contrast to the ambler turn signals found in the Nissan Rogue. Aside from this, nothing noteworthy differs between the two models. 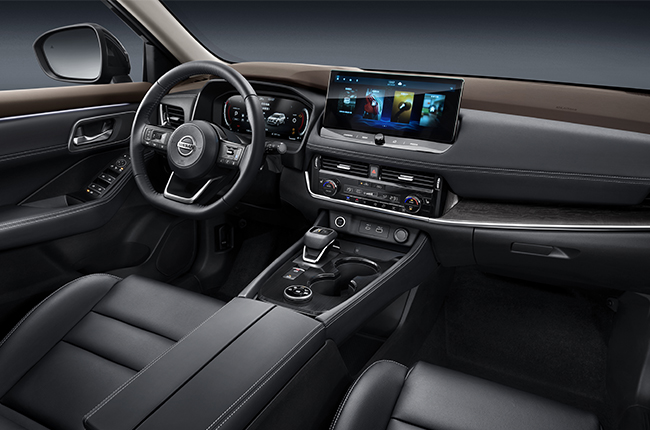 Moving into the cabin of the X-Trail and it is the same story as the exterior. The layout of the interior has been retained from the Nissan Rogue even down to the gear shifter and to the steering wheel. Even the large touchscreen infotainment system has been carried over to the Asian spec crossover. Aside from this, there are no other noteworthy changes that have been made to the Nissan X-Trail. Where the Nissan X-Trail and the Rogue differ is when it comes to the engine options available with the vehicle. The Asian version of the crossover comes with the distinct advantage of having an e-Power Hybrid system available. This means that the X-Trail will predominantly utilize electric motors and battery power as its main source of motivation for the vehicle. A small-displacement gasoline engine will be present in the vehicle, however, it will not be connected to the drivetrain but will instead act as a range extender for the electric motors. This means that buyers of the vehicle will be able to get the benefits of an electric vehicle, which is instant torque, without having to worry about range anxiety.

Aside from this, conventional engines such as the 2.5-liter naturally aspirated gasoline engine that produces 178hp and 245 Nm of torque will still be available with the Nissan X-Trail. This will be paired with a Continuously Variable Transmission along with an optional all-wheel-drive system depending on the variant.

There is no official word yet from Nissan Philippines as to when it plans to launch the all-new X-trail into the country or if it will be entering the country at all. However, given that it has just launched in China, it is only a matter of time before the crossover enters the ASEAN market.