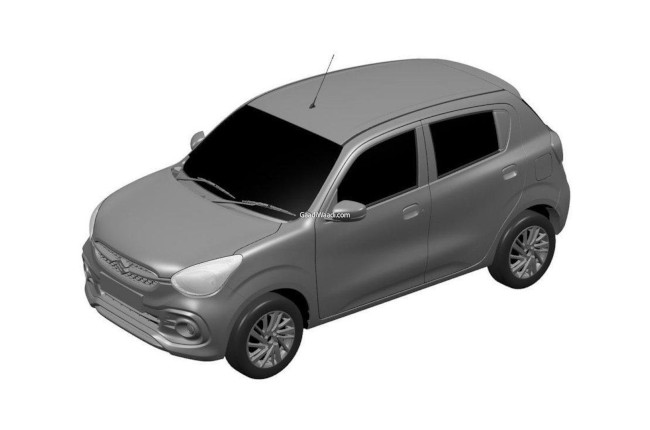 It’s no secret that Suzuki vehicles are quite the hit in India, and it’s expected that the Celerio will eventually get an update. The next-generation Celerio is also expected to go on sale later in 2021, with a Philippine launch still up in the air. According to sources, the new Celerio has already been spotted testing. Various spy shots reveal that the small hatchback will get an updated front and rear design. While it’s still a 3D render for the patent office, it shows that there are design changes that bring the Celerio closer in styling to the Suzuki Swift.

The front now features wraparound headlights that extend from the front bumper to the hood and the front quarter panel. The grille now follows the design language of the Ertiga, and the rear looks like a shrunken down version of the ever-wonderful Swift. Also according to reports, we could be seeing 14-inch alloy wheels and a redesigned interior with a new infotainment system capable of utilizing Android Auto and Apple CarPlay functionality.

As for its engine, sources claim that Suzuki will retain the 1.0-liter K10 engine, but a larger 1.2-liter mill producing 84 hp and 113 Nm of torque, could be made available in the Central Asian region. Instead of the CVT, an Automated Manual Transmission (AMT) is said to be part of the transmission options, joining a 5-speed manual transmission for lower trim levels.

Overall, the new Celerio would be a viable choice in the Philippines since many buyers are looking for entry-level mobility at a budget price with quality to spare. The Celerio currently starts at P558,000 and goes as high as P628,000 for the CVT variant. Expect the new model to be around the same price if not a little more.

Suzuki Philippines has not yet given a statement regarding an update to the Celerio, but we believe that the model might be made available in late 2021 or early 2022, depending on the launch in India, which we expect will happen first anyway.