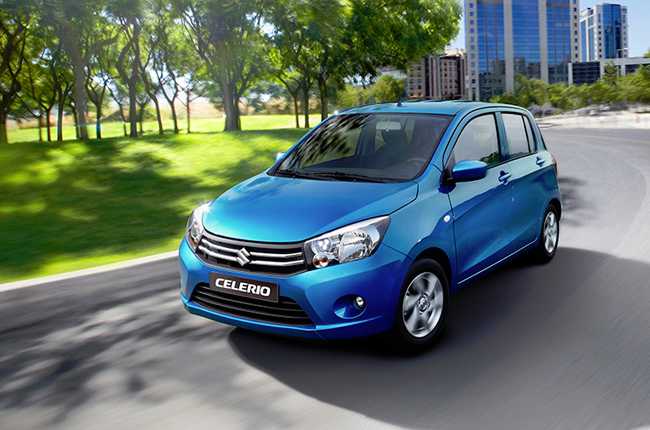 Suzuki Philippines Inc. (SPH), the only integrated automobile and motorcycle company in the country, announces a stellar 37% sales growth for H1 of 2016, as compared to the same period last year. Based on CAMPI data, this is even higher than the automobile industry growth of 27%.

At this rate, SPH is looking to surpass their 52% year-on-year growth that they posted last year. They also said that their increasing marketing presence can be attributed to increased unit sales, new dealerships, and the notable market response to their new subcompact sedan, the Ciaz. A total of 6,613 Suzuki vehicles were sold from January to June 2016, which is 1,1770 units higher than last year’s 4,843 on the same period.

Out of their wide array of vehicles, there were 3 notable models that boosted their exemplary performance in 2016 H1. The Celerio did a record-breaking quintuple sales growth, while the Ertiga improved 20% over the same period last year. The easy-to-drive character of the former continues to be appealing to car buyers. On other hand, the spacious interior of the latter has is more attractive to Filipino families.

Furthermore, the Suzuki Swift also contributed to the growth with a 9% increase on 2016 H1 sales as compared to H1 of 2015. SPH claims that its superior handling and fuel economy contributed to its popularity, which has sold 5 million units worldwide last April of this year.

Aside from the staples of the Japanese brand, a rookie in its lineup played a substantial part of success that SPH got so far. The all-new Suzuki Ciaz was received warmly and sustained the market’s interest through the few months after it was launched. This can be credited to the marketing activities such as the Ciaz Media Test Drive, Ciaz Media Launch, and Ciaz Bank Test Drive. The high sales turnaround and positive feedback from its initial owners solidifies this claim.

Another contributing factor to the growth of SPH is its expansion of dealership networks throughout the country. During the first half of the year 2016, SPH announced the opening of 5 new dealerships, specifically Suzuki Auto South Cebu, Suzuki SM Seaside City Satellite Showroom, Suzuki Auto Quezon Avenue, Suzuki Auto Pulilan, and Suzuki Auto Malolos.

Aside from the outstanding sales performance, SPH also clinched top spots on the 280-kilometer Euro 4 Fuel Economy Run that was organized by the Department of Energy (DOE) last May. This was in partnership with Petron Corporation and aims to raise public awareness on the DOE’s fuel efficiency labeling program.

Out of the 70 vehicles and 20 various car manufacturers who participated, the Suzuki Celerio CVT came out on top as the #1 fuel-efficient gasoline-powered car with an average of 29.14 km/l. The Ciaz also took the top spot in the sedan category with 27.94 km/l.

For more information about Suzuki and its vehicles, visit the AutoDeal Car Brands page.