You probably might have seen the 2019 Ford Ranger Raptor when it was revealed earlier this year. What a brute, right? On top of its exterior design, the 'Raptor' badge itself is what really ring a bell. It's a moniker given to Ford's high-performance F-series pickup trucks like the F-150.

Fresh from the production line, it seems that the Ranger Raptor's engine isn't exclusive to this performance pickup truck alone. Blessed be our souls, Ford has come up with a facelifted Everest SUV that bears the same engine under the hood of the performance pickup. The 2019 Everest will be power-fed by a selection of two engines: a single-turbo version and the biturbo engine, just like its Ranger Raptor brother.

Related: Waze can now be integrated with Ford SYNC 3

According to Ford Thailand, the new 2.0-liter turbo engine will feed the SUV with 180 hp and 420 Nm of torque. The 2.0 bi-turbo, on the other hand, permits the car with an off-road-terrorizing 213 hp and 500 Nm of torque. Of course, included in here is the 10-speed automatic transmission that is being utilized by the Ranger and Everest’s biggest brother – the F-150 Raptor. Ford's getting serious, aren't they?

For its exterior, the Everest, although not confirmed, won't come with a Raptor kit. Based on the photos published by Ford Thailand on Facebook, it's the same Everest that was revealed in Australia in May 2018. Not much has changed, aside from the three-slat chrome hexagonal grille and revised front bumper design. It's a minor face-job but the Everest isn't just about the pretty face – it's about functionality, too. Aside from those, the Thai-spec 2019 Everest comes with an even more useful convenient feature – the automatic access on the rear door. This great addition is  triggered by placing your foot below the rear bumper. The rear bumper holds a sensor that detects your foot and automatically pops your rear gate open – great when you've got no free hand to use to open your trunk door. 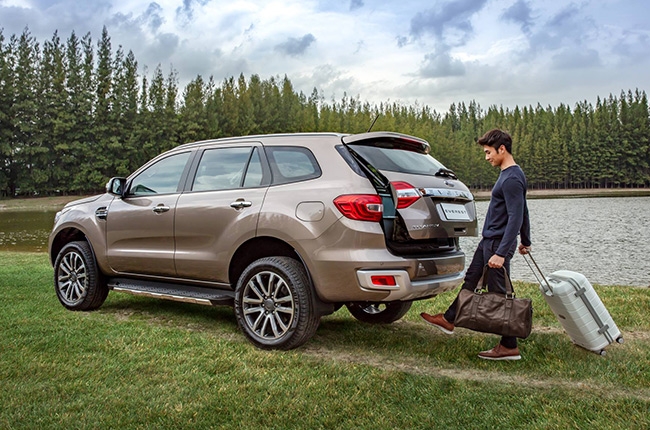 Meanwhile, you will be greeted by a black interior as you enter the cabin. It's decorated by soft materials that adds to the sense of comfort for its passengers. Its SYNC-3-ready entertainment feature comes with Apple CarPlay and Android Auto compatibility. Mind you, it also comes with intelligent remote key so you could start the car on your way to it. Pretty nifty when you want to cool the car before you enter it, especially when left parked on a sunny parking spot. 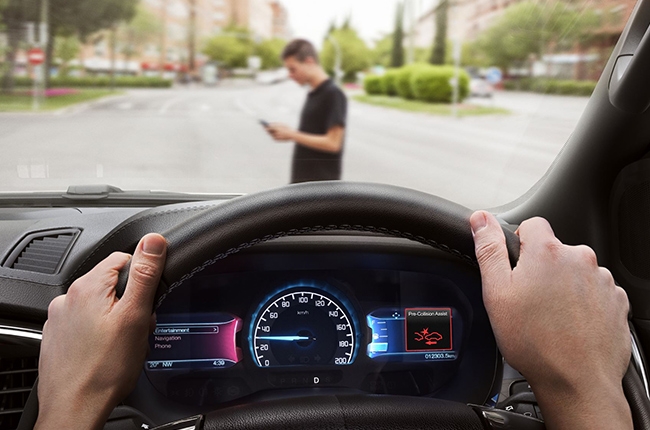 The 2019 Everest is available in six colors: Aluminum Metallic, Absolute Black Metallic, Arctic White, Sunset Metallic, Blue Reflex Metallic, and the new Diffused Silver Metalic. There are also four variants, three Titanium variants where one is a 4x4, and a base model dubbed as the Trend. The base starts at 1,299,000 Baht, which is P2,092,263 when converted to Philippine peso. The 4x4 Titanium, on the other hand, is at 1,799,000 Baht, P2,897,599 in our currency. Are we getting it, too? Unfortunately, there has been no information as to whether Ford Philippines is thinking about it at this time being. The good news, however, is that there is a very high chance that we could, considering that the Ranger Raptor is bound to meet us soon.

Get Notified About Ford Everest News