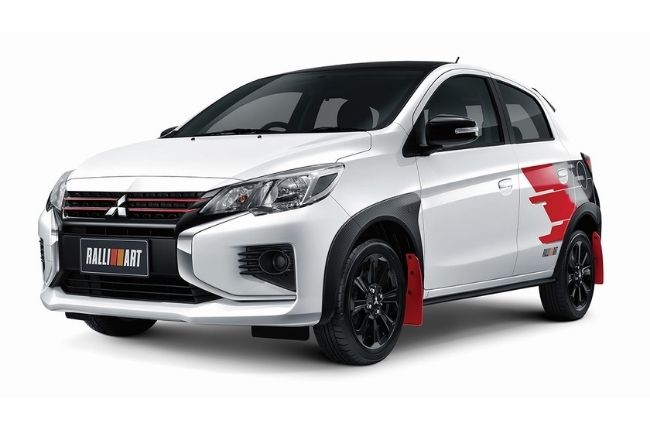 We've been following Mitsubishi's revival of Ralliart since last year. The Japanese automaker's performance and motorsport division had lain dormant since 2010, before rising from the dead in late 2021.

The initial comeback consisted of Ralliart appearance packages for the Triton (Strada) and Pajero Sport (Montero Sport), but the Mirage recently received the same treatment in Thailand.

Related: Mitsubishi revives Ralliart with the Strada and Montero Sport 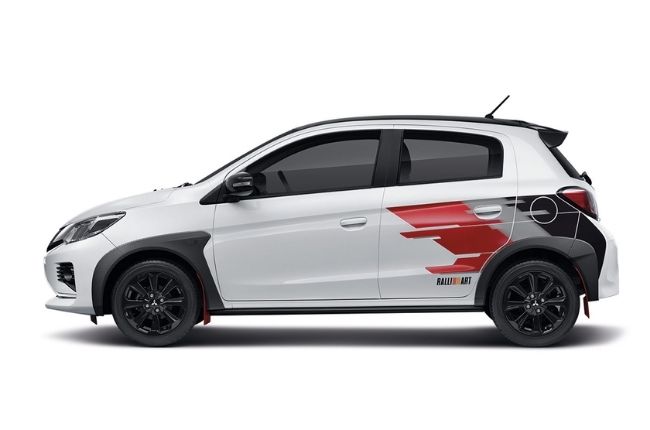 The Mirage Ralliart Edition sports a rally-inspired look emphasized by the Ralliart side decals and sculpted matte black fenders. It also gets Ralliart mud flaps to highlight its seemingly race-ready look. The Ralliart Mirage also gains a blacked-out grille with red accents, black side mirrors, and a rear spoiler. To top things off, Mitsubishi put a blacktop roof on this version of the Mirage.

As we learned last year, the return of Ralliart looks nothing more than a cosmetic upgrade for existing models. It's a far cry from what Mitsubishi introduced in 1984, a bonafide performance division that won several World Rally Championships during its heyday. While the Ralliart look is an iconic one, we can't help but think that the modern version lacks the oomph of its past self. 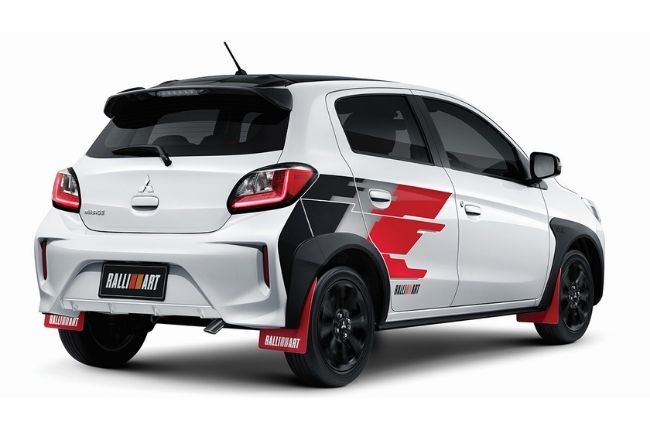 So, it looks like the Ralliart Mirage still packs the same 1.2-liter, three-cylinder naturally aspirated gasoline engine found on the regular models. That power plant makes 77 hp and 100 Nm of torque. On the local-spec models, power gets sent to the front wheels by either a 5-speed manual gearbox or a continuously variable transmission (CVT).

Pricing is unknown for now, but Mitsubishi might reveal more when it showcases the Mirage and other Ralliart models at the Bangkok International Motor happening from March 22 to April 4, 2022. Could these Ralliart models become available in the Philippines? That's up to Mitsubishi Philippines, but with enough demand, it may not be out of the question.