Wrapped in macho exterior design, underpinned with a high-strength frame, and fitted with Fox long-travel suspensions – the Ford Ranger Raptor is still a tech-driven pickup truck just like it’s normal Ranger siblings. But that’s nothing to complain about; in its non-trail non-adrenaline-filled state, the performance pickup truck could also double as a grocery getter or even as a daily driver, and its plethora of tech and safety features will make sure it would be a safe and convenient drive.

Here’s a closer look at the Ranger Raptor’s tech and safety offering to see what’s hot and what’s not.

Technology: Abundant with some things missing The Ranger Raptor, just like the Ranger Wildtrak, ticks almost every slot of its spec sheet when it comes to the features it offers. Aside from the HIDs and LEDs outside, it has plenty of driver convenient features: power-adjustable seats, dual-zone climate control, automatic headlights, rain-sensing wipers, auto-dimming rearview mirror, speed-sensing door locks, parking sensors, rear parking camera with dynamic guidelines, keyless entry, and push-start ignition. The front passenger does have manual adjusters, though, which Ford should have made electronic as well considering this truck’s price.

One thing I noticed, and this might come as a nitpick, is the lack of blind spot monitors in this fairly large machine. Yes, the side mirrors are convex, which extends their visibility, but the right rear blind spot proves to be a dangerous spot to miss. Visual warnings on the side mirrors could really help for a truck of this size. At the center of the Ranger Raptor’s dashboard, there’s an eight-inch infotainment system that crowns the whole cabin. It has SYNC 3 software, offline navigation, and our favorite, Apple CarPlay/Android Auto. The SYNC 3 is flawless to operate while offline navigation – as all NAVI systems that come by default in modern cars – is a bit laggy. Using Waze or Google Maps is still the way to go, which you could integrate onto the screen via Apple CarPlay.

The sound from the six speakers are okay for the most part but the bass overwhelms the clarity at certain types of genres – even after tweaking the EQ. Handsfree calls are clear on both ends. As for the ever-important USB ports, there are two in the front cabin while rear passengers will need to bring their own accessory charger or a normal charger since there’s a 230V socket.

Safety: Less than a Wildtrak, but still better than most If you are to compare the Ranger Raptor’s safety features against a Wildtrak, then it would be a disappointment. However, its feature set is still better than most midsize trucks in the market today (except for the mentioned lack of blind spot monitors).

So, you have seven airbags inside the cabin, while hill start assist, electronic stability control with traction control, speed limiter, ABS with EBD, seatbelt reminders, and ISOFIX child seat anchors. What the Ranger Raptor lacks is the adaptive cruise control with lane keeping aid, which I reckon was removed to offset the costs of the performance upgrades.

Moreover, I noticed that the traction control was persistent to keep itself switched on. A few moments on the dirt saw me toggling the ESC switch ever so often to keep the fun going – that’s a good thing, in safety perspective. 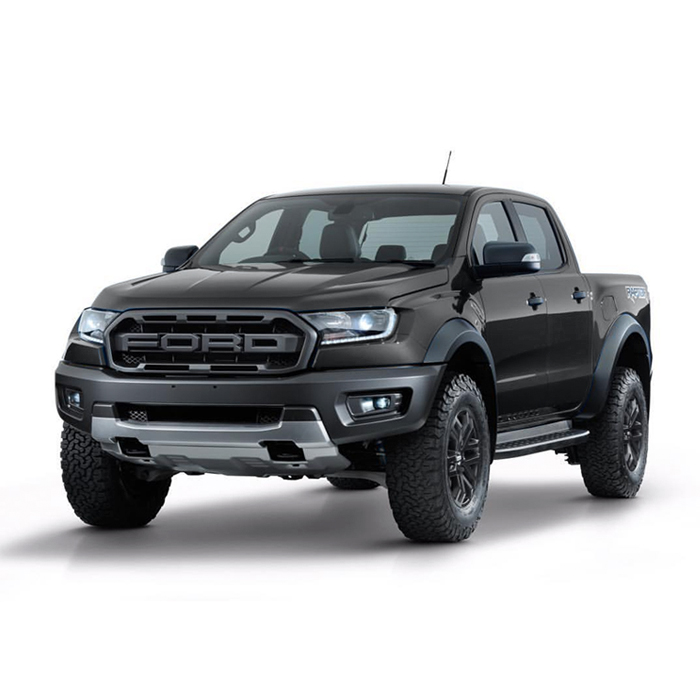