A few months ago, Mazda announced that it plans to compete in the premium market. It remains to be seen just how posh they aim to be, but for now, it’s letting the 2020 Mazda3 Sedan and Sportback do the talking.

With a competitor looming on the horizon for a reveal, Mazda Philippines wanted the conversation to start quick and arranged a drive just weeks after the launch of its new muse. The Mazda3 was in for a complete workout as we went from Manila to Clark and all the way up in Baguio. At first glance, the new Mazda3 doesn't look far-off from its predecessor, but a second look would make you notice that the sedan kept its chrome grille outline, while the hatch now has a black one for a sporty vibe. This is the direction of their new design language, as seen on the RX-Vision and Vision Coupe, which aims for the sedan to be more elegant while the hatch is more sporty – emphasized by the hatch's rear which has a fastback-esque look. The sides too look similar due to the flattened wheel wells, but a bit of lighting reveals subtle curves in place of the character lines of the previous version. Inside, the changes are more obvious thanks to the redesigned head unit and the cockpit motif of the driver's side. Basically, the driver is the star while the passengers are just along for the ride, which is an issue.

For 5'6” me, there's just enough leg and headroom in both Sedan and Sportback Mazda3. If someone around 5'10” sits in front, I have just enough legroom to wiggle around. Headroom can be an issue for the Sportback, though, because of the lower roofline. Aesthetically pleasing outside but inside it means compromise. My main gripe in the interior is the amenities. Sure, at the back there's a center armrest with cupholders, but there's no charging port. They also removed the separate retractable cover of the cupholder (the one behind the shifter) and fixed center console armrest, and just put one big retractable center console armrest. If you're an unlucky passenger and the driver doesn't like the feel of that armrest, or someone in front is using the ports under it and likes that armrest pulled back, it will cover the rear vents which will greatly hinder airflow to you. Don't expect air from the front vents too because Mazda focused its position for the driver and front passenger.

If you can get past those, then you're in for a treat. Mazda has paid particular attention to audio which they call Mazda Harmonic Acoustics. It’s an interplay between the speakers, their placement, and the cabin insulation to ensure that you’ll hear what you want with minimal unwanted noise.

The result is full-bodied audio even if you do not go for the Premium model with Bose Sound System. Insulation is also great that you can talk to your passenger with minimal distraction from traffic. It’s like having noise-canceling headphones on the street, but this one is for the whole car. The rough patches of EDSA were muffled nicely, buses are barely heard unless they accelerate beside you or blow their horn, and wind noise was almost inaudible even at the speed limit.

Going through EDSA, the Mazda3 may seem stiff. It’s not as floaty as other sedans who aim for rider comfort. What they did was balance out the suspension and vibration so road imperfections feel like friendly nudges, but not numb if you’re out for spirited driving. 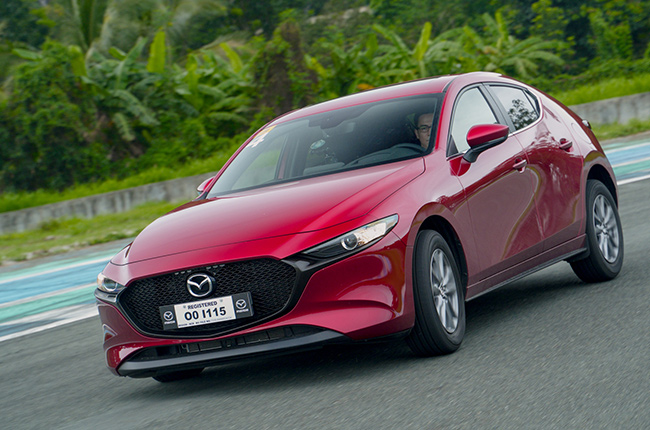 Tackling curves proved that the Mazda3 has set the standard for handling. The G-Vectoring Control Plus is the second-generation of Mazda’s iconic technology that provides more grip on the appropriate wheel during cornering, but this time it applies the brakes too so you get straight immediately after a corner exit. The result? Corners were tackled with ease, minimal corrections were needed, and despite the curves of going up in Baguio, fatigue was at a minimum. At straight lines, if you're used to having your head snap to the headrest when you floor it, you'll be left wanting with the all-new Mazda3. The 1.5 and 2.0 engines are on par against the competition in terms of figures but it lacks the kick that we've been used to with engines of this size. No, they didn't do it for fun, they did it for balance.

That kick is unnecessary for Mazda. To them, there should be a seamless delivery of power in pursuit of balance and superior handling. If it means letting go of a traditional element in engines of this caliber, then so be it. I respect that kind of dedication in artistry.

This pursuit of balance was most apparent in braking. While other cars would simply dip their front side since that’s where most of the force is, the whole Mazda3 seems to hug the ground during hard braking, decreasing the chance of hitting the steering wheel or dashboard since there’s minimal front bias.

With a new direction in sight, Mazda didn’t skimp around with the Mazda3. The improvements in engineering and technology certainly justify the premium the company’s aiming for. However, in Mazda’s celebration of driving, they sort of forgot that passengers want some goodies too like unobstructed rear vents, headroom, and some outlets at the back. Mazda made up for it though by putting toys in the 3 that make them top-tier offerings. The Sportback is the only car in its segment with such luxuries with a relatively attainable price, while the sedan can certainly fight neck-and-neck with more expensive executive sedans in the market.

If you can get past its quirks, the overall package of the Mazda3 still presents a great overall value for those who have the moolah to afford it. 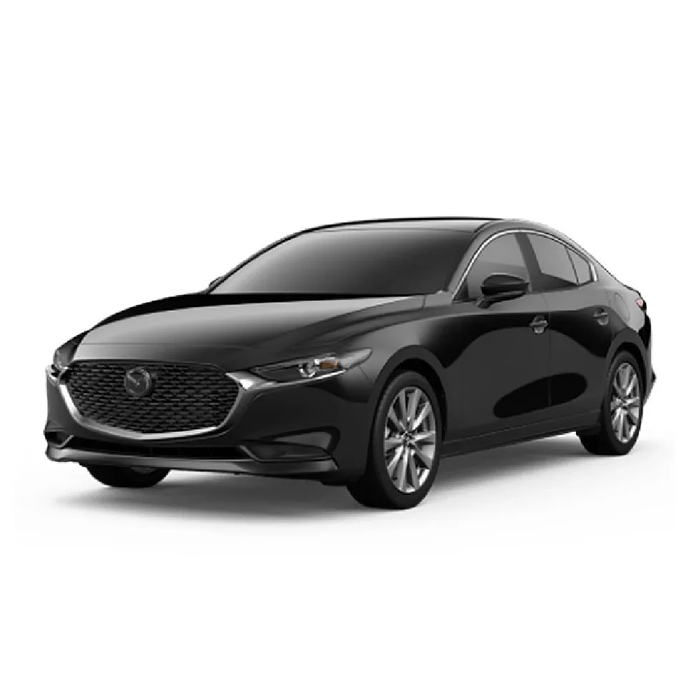 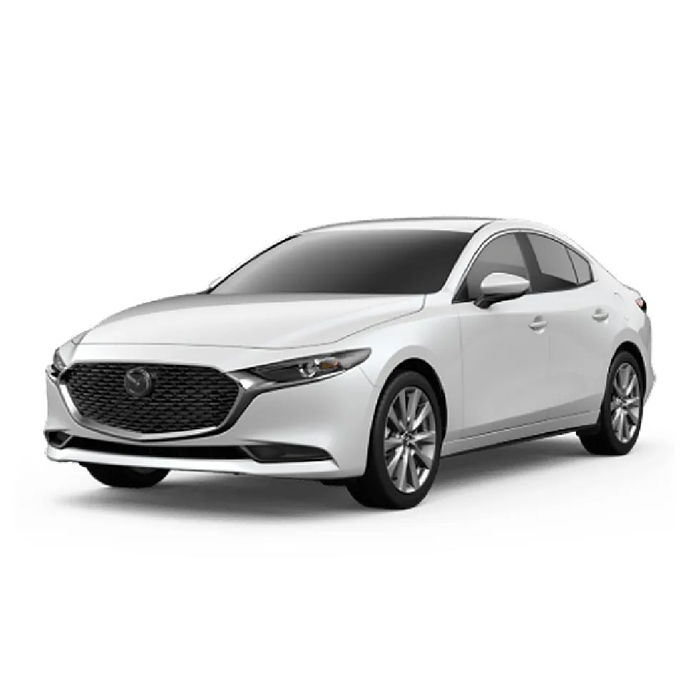 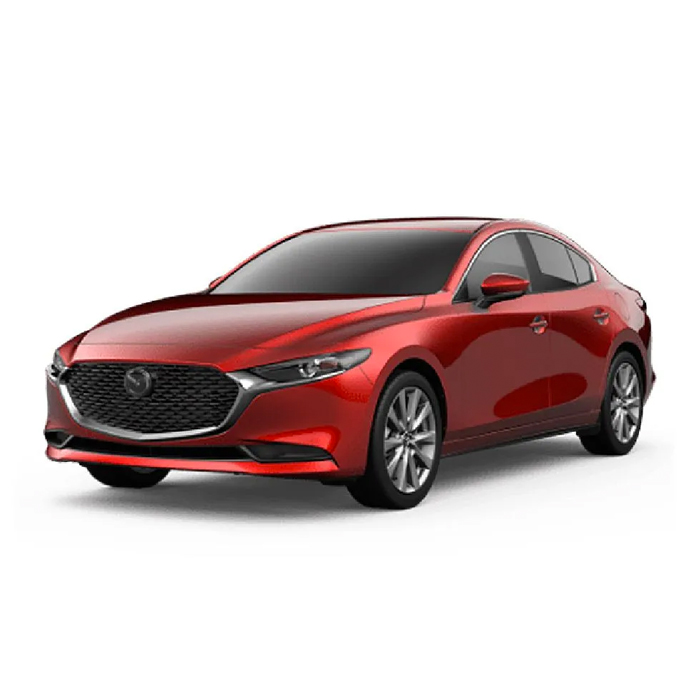 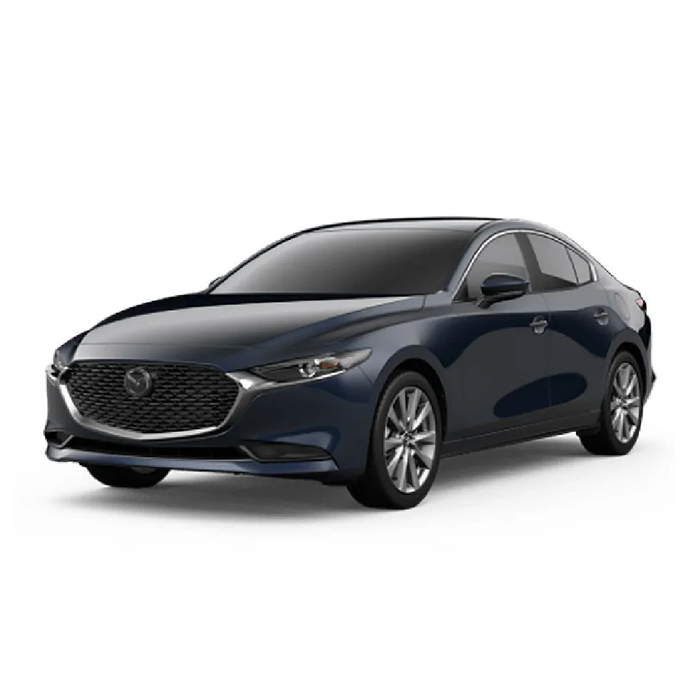