The 2017 Honda City debuted with a redesigned front end along with some feature upgrades for the VX variants. In the Philippines, the City is set to go up against the likes of the Toyota Vios, Mazda2, and Hyundai Accent, making the tightly contested subcompact sedan segment even tougher.

The City VX and VX+ are equipped with LED daytime running lights, LED fog lights, and a set of diamond-cut aluminum alloy wheels. Moreover, the VX variants of the City comes with a cruise control. Under the hood, it is fitted with a carry over 1.5L i-VTEC engine. 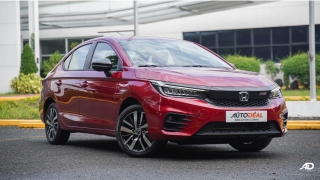 Stylish & Practical - the Honda City looks better than ever with a modern look and fantastic front and rear legroom.