The Philippine automotive market is recovering from a sales slump in the year prior. New models have come in that changed the game while older models have seen a quiet exit. The automotive industry even saw a growth of about 2% compared to 2018. With 2019 over and done with, auto manufacturers have released their statistics with regards to their sales numbers. Out of the 416,667 cars that were sold last year, there are 10 that stood out.

It’s no surprise Toyota came out on top. Four of its models made it into the top 5 vehicles sold in 2019. The Japanese powerhouse was so popular that 7 out of the top 10 selling cars were from Toyota. The brand has all bases covered coming in with an almost complete lineup of vehicles for the list. 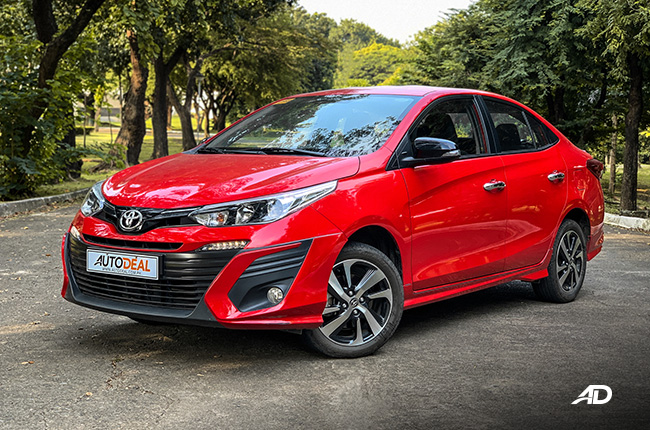 Coming out on top and at number one is the Toyota Vios. Being one of the models assembled here locally, it isn’t hard to see how the Vios has become so popular. Thanks to Toyota’s large network for spare parts, the Vios has become a popular choice of both first-time car buyers and transport service vehicle providers. Trailing the Vios are its diesel-fed IMV-platform siblings. The Toyota Hilux finished 2019 strong in second place. The Hilux offers its buyers a reliable ladder on frame pickup with a thrifty turbo diesel engine and more than sufficient interior space. And thanks to excise tax exemption, the popular pickup was able to cement its dominance in the country. Taking the third spot its Toyota’s popular MPV, the Innova. At its center beats a 2.8-liter turbo diesel which grants the MPV 170 hp and 380 Nm of torque, making it a reliable workhorse even with seven people on board.

Toyota was able to sell 20,794 Innova units for 2019. The Innova and the Vios are both assembled locally. There are 19,865 units of the Toyota Fortuner sold in 2019, which puts the midsize SUV in the 4th place of this list. The Mitsubishi Xpander breaks Toyota's streak of best selling models in 2019. The 7-seater MPV offers buyers a comfortable and refined ride, cruise control with navigation, and excellent storage space options. The Xpander is ideal for those who want to start a family. Following closely behind the Xpander is its alliance mate Nissan and its Navara. It was 55 units shy of beating the Xpander. The Navara offers its buyers an impeccable ride, for both the driver and passengers, balanced handling, and a powerful thrifty diesel engine. It’s also one of the smartest pickup trucks out there, which has probably enticed buyers in buying one last year.

Nissan sold 19,034 Navara units in 2019, making it the brand’s best-seller and ranking as the 6th best-selling vehicle last year. Going back to Toyota, the Hiace made its global launch in the Philippines earning it a special spot in the Japanese brand lineup locally. Like the IMV platform triumvirate, it also shares in the 2.8-liter turbo diesel engine that they use. It comes with two different engine tunes, each one designed for a specific variant in the model lineup. Toyota, however, did not disclose how many which variants of the people hauler sold the most. Breaking the Toyota combo yet again is Mitsubishi with its Mirage G4. The small sedan offers buyers a thrifty 1.2-liter engine attached to a CVT, further adding to the car’s fuel efficiency. Completing this list of 10 best-selling cars in the Philippines in 2019 is the Toyota Rush. When it was first launched in 2018, the entry-level SUV made waves in the automotive market. Buyers can expect the Rush to offer flexible seating for the 7-seater variant, great lighting courtesy of its LED lights, and several standard safety features for the entire model range.

The Rush carries over its momentum from its launch year, capping off 2019 with 15,172 units sold.