Geely Philippines recently had its launch here in the country, jump-starting its return to the competitive local automotive market under Sojitz G Auto Philippines (SGAP). To kick off its return, the Chinese company brought in the all-new Coolray subcompact crossover.

The Coolray, also known as the Binyue in other countries, has already made a couple of social media rounds being spotted around the streets of Metro Manila and in certain malls. Now, it has been officially launched and we have the specs. 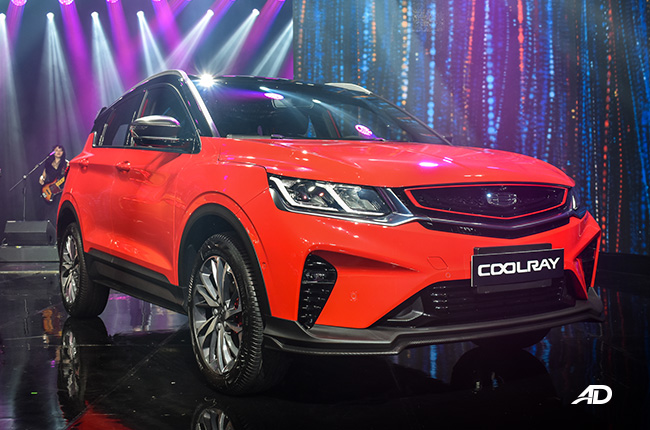 The Coolray can be had with either a two-tone or monotone paint scheme. The two-tone paint scheme comes with a blacked-out top, A, B, and C pillars, as well as a black roof-mounted rear spoiler. Garnishing the rear of the vehicle is a pair of twin-tip exhausts. The crossover can be had with either 17-inch or 18-inch dual-color turbine wheels depending on the variant.

The Sport variant of the Coolray gets LED projector headlights, fog lights, and daytime running lights. The other variants, on the other hand, have halogen projector halogen head and fog lights instead. Auto leveling is also standard for the Premium and Sport variants. The interior of the Coolray is mostly black, while the range-topping variant gets black leather sports seats with red accents. The dashboard also receives the same treatment as the top of the dash is accented in red.

For information and display, the Coolray gets a 7-inch display instrument cluster that’s customizable depending on which driving mode is selected. Entertainment comes in the form of a 10.25-inch screen located just above the air conditioning vents. The Android head unit comes with Geely’s proprietary GKUI system.

The Geely Coolray also comes with a remote start feature for all variants.

For safety, the Coolray subcompact crossover comes with six airbags spread throughout the cabin. Adding another layer of protection to the vehicle is its sensors and four cameras, collectively known as the Geely G-Pilot system. This enables the car to have a 360-view as well as autonomous parking functions.

Related: Cars sold in the Philippines are getting smarter than ever Under the hood of the Coolray subcompact crossover is a 1.5-liter 3-cylinder turbo gasoline engine with Dual VVT. An odd choice since most of its competitors here have 4-cylinder layouts. What's impressive is that this engine is able to produce 177 hp and 255 Nm of torque. With that power output, it almost matches the power output of the bigger Toyota RAV4 with one-less cylinder in the engine bay.

Sending the power to the front wheels is a 7-speed wet dual-clutch transmission with an option of manual shifting via the paddle shifters. The suspension setup is front McPherson independent and rear torsion beam, while all brakes are discs.

If you are worried about parts and reliability, Geely states that the 1.5-liter engine shares 90 percent of its parts with other Volvo engines. The company has even based the production of these engine and transmission components to Volvo’s own product standards. This means that during development, the parts were tested to the extreme and over a total distance of 12 million kilometers. The engine has also spent a total of 50,000 hours of dyno time during its development. The Coolray comes with a 5 year or 150,000 kilometers warranty, whichever comes first.

The all-new Geely Coolray price starts at P978,000 for the Comfort variant, P1,088,000 for the Premium variant, and P1,198,000 for the top-of-the-line Sport variant. All three variants share the same engine and transmission as well as infotainment systems. 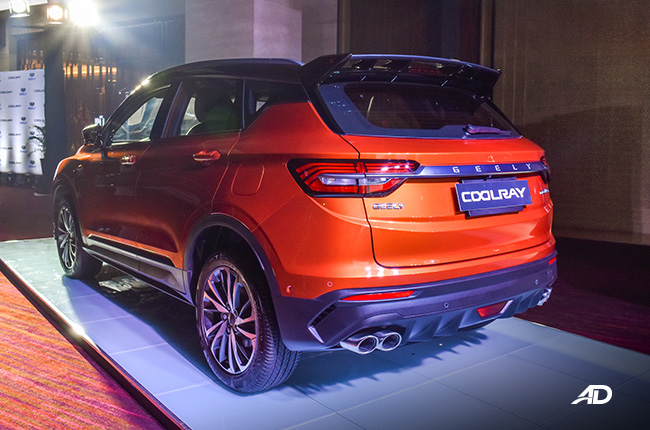