Geely has made quite a statement in the local market already. In less than a year, the Chinese automaker immediately dominated the sales charts with its 1,000th Coolray release, as the best-seller made a total of 263 units sold last July. The warm acceptance of the Geely brand, therefore, empowered its one year anniversary here in the Philippines. From having only two crossovers in its local lineup, the compact Azkarra, and the aforementioned Coolray, Geely Philippines finally releases a larger option that should entice larger Filipino families given its flexible 7-seat layout, introducing the Geely Okavango. As per a representative of the brand, this latest addition is a proper entry to the MPV segment. Now, in terms of design, the Okavango flaunts its cleanly executed fascia that’s both distinctive and attractive. The 'Cosmic Recall' front grille serves as the centerpiece highlight of this MPV, on each side are the LED headlights which should finely light up dark paths. For Geely’s Philippine lineup, the Okavango is actually the first one to come equipped with fog lights that are also treated in LEDs. 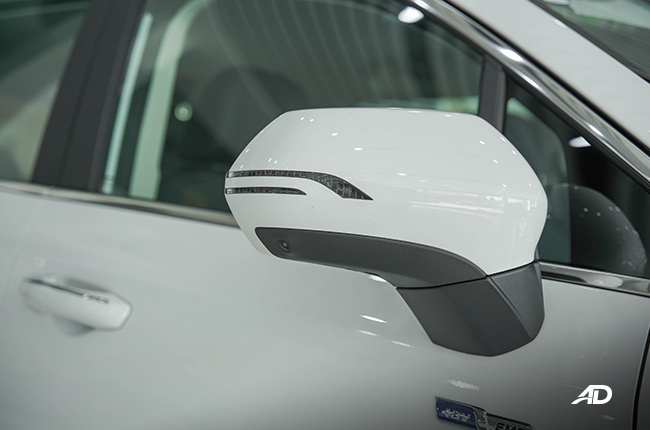 Going over the side, this seven-seater boasts of such well-planted lines which exhibits a formation that’s both sleek and muscular. The consistency of the plastic cladding continuous along the side. Notably, there’s also an application of chrome on the side, including on the window seals, on the handles, and below each door. Its side repeaters, on the other hand, are situated on the side mirrors, while the roof rails are made exclusive on the range-topping urban. Lastly, the Okavango could either come with the following wheel options, specifically 17-inches with 215/60 tires for the Comfort trim and 18-inches with 225/55 for the Urban. Going over the rear, it also gets an all-LED lighting setup that is then accentuated by a centerpiece chrome wherein the lettering of the Geely brand is embossed. Likewise, the application of plastic cladding was continued, along with the reinforcement of a silver garnish material that’s synonymous with the frontend as well. 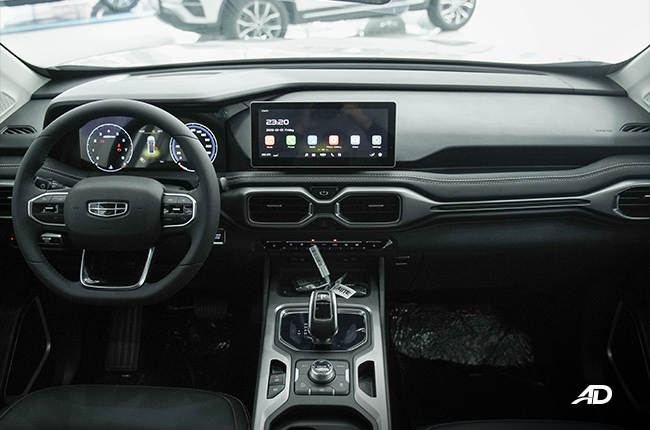 Like its stablemates, the Geely Okavango has a finely crafted interior. Underneath its beautiful skin is a majestic haven, the materials used do feel good to the touch and are indeed induced with that premium feel. The overall layout shares a familiar story with the Coolray and Azkarra. Notably, there’s a generous application of silver garnish and piano black accents both on the dashboard and door sidings. One unique quirk worth mentioning is the start-stop button that’s oddly shaped in square, adding points for its unique approach. While the entry-level Comfort gets fabric seats with manual adjustability for the driver and front passenger, the range-topping Urban, on the other hand, is leather upholstered, plus, seat adjustability for both the driver and front passenger are power operated. As for practicality, its cargo area can be easily expanded by up to 2,050 liters of space, this is all thanks to its flat-folding third and second-row seats. 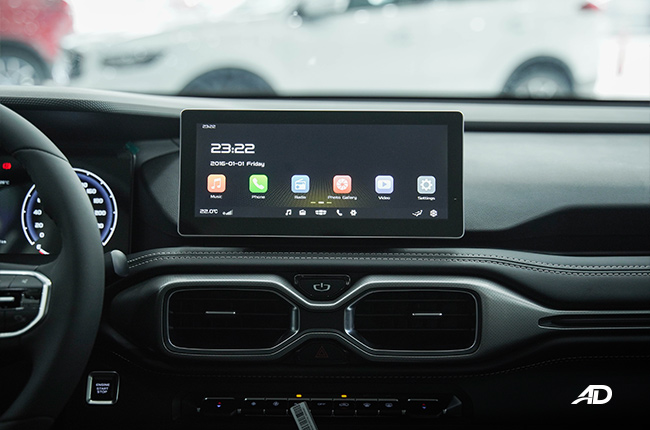 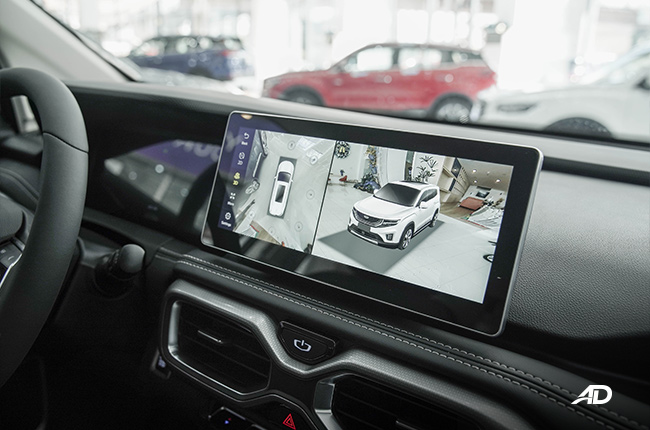 Going over the technical aspect of this MPV, the Okavango gets the familiar electronic shifter that’s found on the other Geely products as well. Its gauges, on the other hand, are fully digital, therefore, blending with the overall modern approach of its cabin. Impressively, this 7-seater comes standard with a 3-zone automatic climate control, with it having an individual climate control for the second-row along with extra air vents on the third-row. At the center of the dashboard is a massive 10.25-inch infotainment system, still no Apple CarPlay and Android Auto capability though, however, it does come with QDLink. Its speaker setup actually depends on the variant you get, specifically 4-speakers on the Comfort and an 8-speaker setup on the Urban trim. 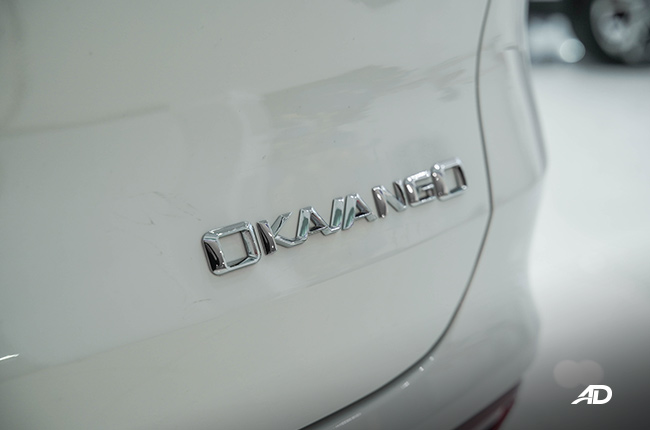 Standard safety features on the Okavango include ABS, EBD, dual-front airbags, hill descent control, hill start assist, immobilizer, tire pressure monitor, electronic stability control, and rear parking sensors paired with a backup camera. Stepping up to the top trim Urban will give you additional features such as additional airbags which composes of the side and curtain units. Moreover, the standard reverse camera on the Comfort will then be replaced with a 360-degree monitor for that added certainty and convenience. Whatever Okavango you get, it comes with a small yet mighty 1.5-liter 3-cylinder engine that’s combined with a 48 volt electric motor. Notably, its engine is indeed similar to the mild hybrid Azkarra, with the Okavango also having a combined figure of 190 hp and 300 Nm of torque. Power is then sent on the front wheels, no four-wheel drive option on this one. The said mill is then paired with a 7-speed wet DCT as well, that’s accompanied with a few driving modes to choose from, including Eco, Comfort, and Sport. 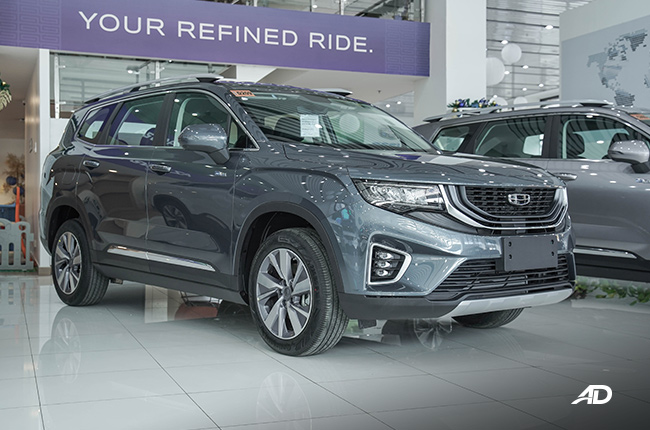 As mentioned, the Geely Okavango is available in two variants. With the entry-level Comfort being priced at P1,208,000 and the range-topping Urban at P1,328,000. Color options include Storm Grey, Porcelain White, Luna Silver, and Marble Black.