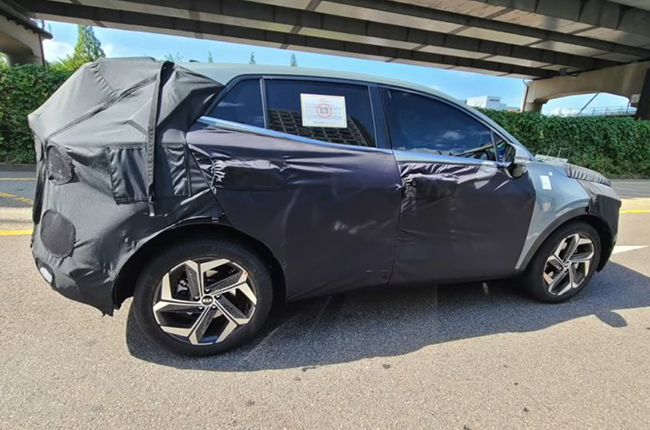 It was stated in a recent report by ‘The Korean Car Blog’ that the all-new 2022 Kia Sportage is bound to be released in April of next year. With the current timeline slowly approaching its supposed schedule, spy shots have been appearing bit by bit online, including these set of photos which are courtesy of Shot Spy. This should give us a closer glimpse of the upcoming compact crossover, which looks sleek and extraordinary like its cousin, the Hyundai Tucson.

The vehicle showcased in the following photos is actually an early-stage prototype, that will be further tested prior to production. It was also mentioned that its design outcome is expected to be rendered as a shrunken version of the Sorento. That said, we may be expecting a sleek and sophisticated looking crossover that should complement the overall Kia lineup. However, upon examining these photos, Kia might premiere a new design language, given that its dimensions don’t quite fit in when placed side by side with the current models of the South Korean automaker.

As based on the product plan schedule, the new Kia Sportage is said to have gone through some delays just like its brother the Tucson which was spied for the first time in July 2019 and was released in August 2020.

With that said currently Kia’s compact crossover is still well within the first few stages of production and testing. As this progress, however, we expect to see a model ready for preview sometime soon. However, based on the spy photos of the vehicle the all-new Kia Sportage looks promising and we can’t wait to see the actual production model once it officially launches. We hope that this new model will make its way into the Philippine market by next year or at least by the first half of 2022.