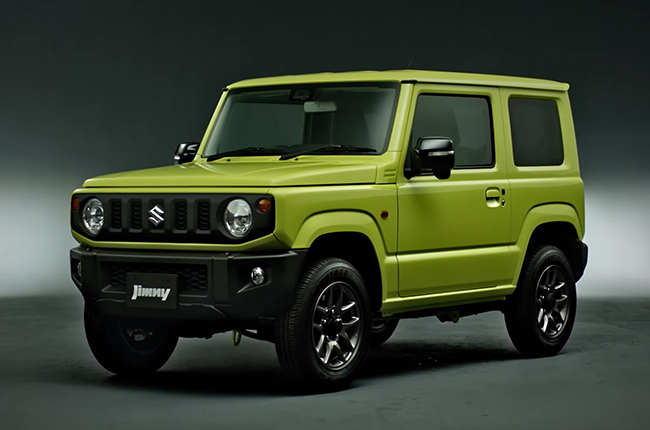 The Suzuki Jimny just got a mild update for the Japanese market. It seems that the brand still wants to retain the same formula of its miniature off-roader. It’s like what they always say, why fix it if it’s not broken? Its upgrades are very minimal, with the Japan-spec model being available with a start-stop system for city traffic in order to boost its fuel economy figures, along with automatic headlights and a standard-fit spare wheel cover. Both the regular Jimny and Jimny Sierra benefit from the following upgrades. Do take note that the start-stop system is only available on automatic variants, plus, it only works when the vehicle is engaged in 2WD mode.

That’s about it, the rest of the vehicle remains as is, though it’s not of a bad thing at all granted that the Jimny is already one quirky SUV that carries Suzuki’s successful formula, so why change it when they can just throw in some upgrades? Perhaps, international markets could also receive the mild update of the Jimny anytime soon, though no specific details or dates were provided for that just yet.

In the Philippines, the fourth-generation Suzuki Jimny made its entry to the country back in March 2019. Many buyers and even avid supporters of the Jimny became excited with the all-new model. During that time, the miniature off-roader was too popular for its own good, as the factory couldn’t keep up with the demand for the Jimny. In fact, dealers even had to put out a waiting list so interested customers could at least commit to a model.

Though it is worth noting that the Philippine-spec Jimny is no longer sourced from Japan. Instead, the brand already started receiving the new Indian-made Jimny units earlier this year. This was mainly done to catch up on the backlog of orders for the small SUV. Most importantly, Suzuki Philippines also assured that the quality of the units coming from India will still be the same as the ones from Japan.