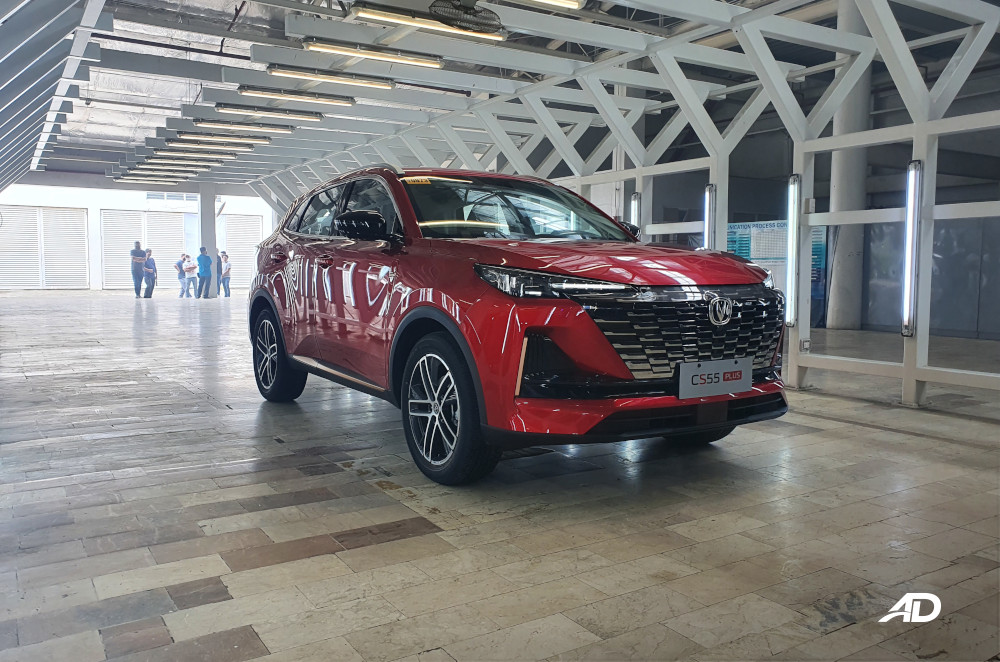 Changan Philippines introduces another model in the compact crossover battle royale, the CS55 Plus. Slotting between the hot-selling CS35 Plus and the CS75, the 55 strikes a balance between size and specs, at a price that is still extremely competitive in the market. In a nutshell, the CS55 Plus has a long list of specifications that offer buyers tons of value for a price that doesn't break the bank. Prices start at P1,179,000 for the base Lite trim and top out at P1,373,000 for the top-of-the-line Luxe variant. 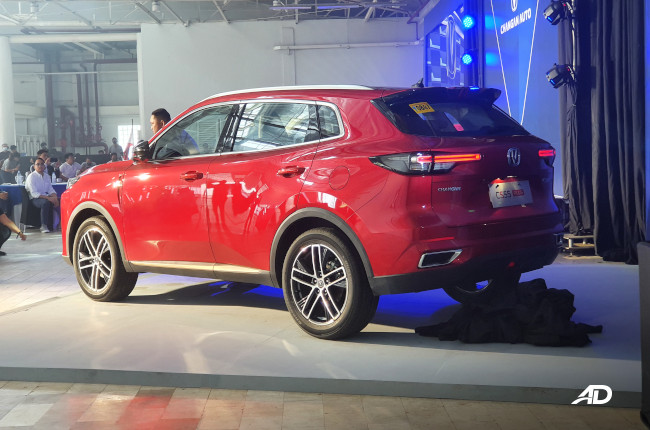 Walking up to the Changan CS55 Plus, you'll see LED lights everywhere, from DRLs to headlights, to fog lights, to all of its rear lights. The overall design of the CS55 Plus is reminiscent of its larger sibling, the CS75, with sprinkles of CS35 boxiness throughout. The overall look is edgy and rather distinct with the prolific use of different textures, accents, and finishes. Changan decided to use gold as the accent color for the CS55 Plus to great effect, with standout colors being the darker tones that allow the gold to pop. The rear section also features a quirky third brake light design and the vehicle is an overall classy design. The inside of the CS55 Plus takes some inspiration from other brands, with a special Changan twist to it. Just like the exterior, you get a plethora of textures and finishes, as well as a callback to the gold accents on the exterior, in the form of beige leather trim all throughout for the Luxe variants. The dashboard features a large infotainment touch screen that measures 12.3 inches and it features Apple CarPlay, wireless charging, Bluetooth connectivity, USB ports, and mirrorlink connectivity for compatible devices. The Luxe model gets leather seats along with the rest of the lineup with electronic adjustability for both the driver and front passenger. That being said, the driver’s seat is motorized for all variants but the passenger seat for lower variants is manual.

Starting up the CS55 Plus, you will see a fully-digital display that comes in at 10 inches. For the Hype and the Luxe variants, you get a premium Pioneer audio system while the Lite variant makes do with just four OEM speakers. Changan has also outfitted the model with a 360-degree camera that outputs to the large infotainment display. On top of all of this, Changan has equipped the CS55 Plus with a comprehensive safety system package with ABS with EBD, stability control, traction control, brake assist, hill hold control hill descent control, roll-over mitigation, rear parking sensors, speed-sensing door locks, tire pressure monitoring, and an engine immobilizer system. The Lite variant will get a pair of airbags in the front, and the Hype and Luxe will get six airbags as standard. You also get a comprehensive adaptive cruise control feature on board with the CS55 Plus that’s paired with lane-keep assist, blind spot monitoring, lane-departure warning, forward collision warning, traffic jam assist, and autonomous emergency braking. As for the specifics of this package, the Lite only features cruise control while the Hype forgoes the integrated adaptive cruise control, lane keep assist, and traffic jam assist, and dials down the emergency braking system for city and inter-urban use, but it keeps most of the other warning features. The Changan CS55 Plus is powered by a 1.5-liter Blue Core engine that makes 185 hp and 300 Nm of torque mated to a 7-speed DCT. Standard throughout the range is three driving modes which are sport, eco, and normal, which all dial up the sensitivity of the throttle for a more spirited drive and power delivery from the gasoline engine.

The car also comes with MacPherson struts in the front, as well as a multi-link rear suspension, which gives it a fully-independent suspension setup. Changan Philippines wants to remain competitive in the market and will offer the CS55 Plus at a very favorable price tag for what it is. The feature list in the CS55 Plus can top many rivals, and it remains a great value with prices starting at just P1,179,000 for the Lite, P1,283,00 for the Hype, and P1,373,000 for the Luxe.