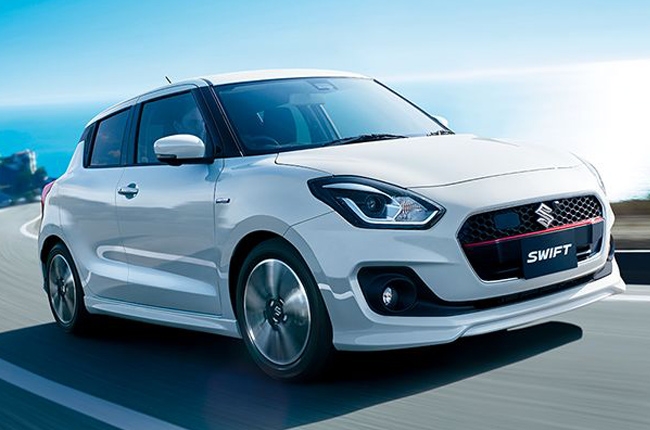 Remember the Suzuki Dzire that made a cameo stint at the 2018 Manila International Auto Show (MIAS)? Well, it’s hatchback brother, the Swift, is bound to join its official inclusion in Suzuki Philippines’ (SPH) lineup this year, and it’s going to be real soon.

The confirmation came when SPH sent an invite to us motoring media for the official launch of the all-new Dzire and Swift on June 27. Although sources say that SPH announced the Swift's arrival during the opening of Suzuki Auto Batangas dealership, it was only recently that the company confirmed the exact date. The Swift is one of Suzuki’s best-selling cars, selling up to five million units worldwide in 2016. In the Philippines, SPH launched the Swift back in 2011 without getting any major update up to this day. After seven years, we think it’s about time we get its all-new model.

Unfortunately, there were no details given on the media invite, but we can take cues from the global version of the well-loved hatchback.

In its global-spec, the Suzuki Swift has a sleeker and wider stance when compared to the outgoing model. It's built on the marque's new HEARTECT platform, which is claimed to be lightweight and strong. There are also three engine choices available: the 1.2L Dual Jet engine, the 1.0L Booster Jet turbocharged engine, and the Dual Jet mild hybrid. We doubt we’ll get the hybrid here, so our fingers are crossed that we get both the turbo and non-turbo options. Although, let's not get our hopes up too much, as the Thailand-spec Swift got the 91-hp 1.2L Dual Jet engine with CVT in their showrooms. What we also want to see locally is the Swift Sport, which has aesthetic upgrades to enhance the Swift’s sporty appeal, differentiating it from the rest of the Swift variants. It’s also the variant that’s powered by the turbocharged engine. Right now, all of these are just speculations and wishful thinking, but we’ll make sure to keep you up to speed when the 2018 Swift and Dzire are here by the end of the month.