Sojitz G Auto Philippines (SGAP), the official distributor of Geely vehicles in the country will be having a new President and CEO. With Mikihisa Takayama ending his assignment this month to fulfill a new role in SGAP’s mother company, Sojitz Corporation in Tokyo, Japan, taking over his role will be Yosuke Nishi, who happens to be SGAP’s current Executive Vice President. This is to be effective starting May 1, 2021. 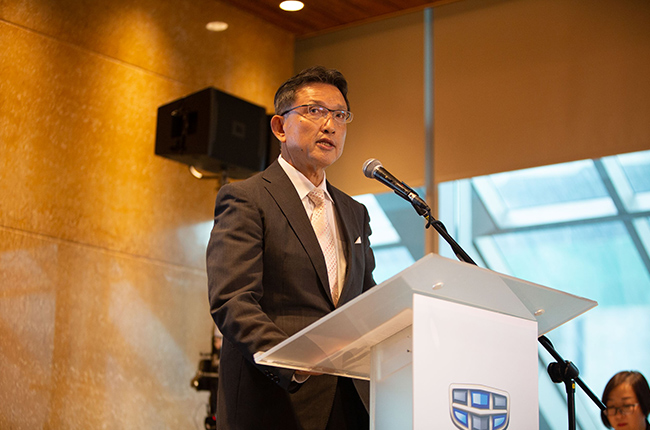 Throughout Takayama’s term, he was able to strongly lead SGAP and successfully establish Geely’s strong presence in the Philippines. Despite the fragile state of the automotive industry caused by the ongoing pandemic, Geely garnered great success with its best-selling Geely Coolray, as the subcompact crossover consistently logged high sales records. Plus, it has also become the top-selling model in its class in most months from 2020 to 2021.

Despite Geely only establishing its local presence last 2019, the young brand had already collected great achievements and milestones during Takayama’s term. After the Coolray, its vehicle lineup has also been expanded with the compact Azkarra and the 7-seater Okavango. It is also worth mentioning that SGAP has maintained its top 10 industry ranking in March keeping number 9 position in total industry sales.

As mentioned, Nishi will take the helm as SGAP’s new President and CEO starting May 1, 2021. Nishi started his automotive journey in the Philippines as an executive from 2012-2018, with the soon-to-be President admitting that he learned to love the country and the Filipinos. Nishi has already built a deep connection with the business, therefore, we can expect more from the brand throughout his term.

Since SGAP, the Geely business in the Philippines, is my baby, I felt the need to grow it together with our customers and business partners. I want to assure everyone that SGAP/Geely Philippines can give the best services and experiences to the customers.
Yosuke Nishi
SGAP’s incoming President and CEO