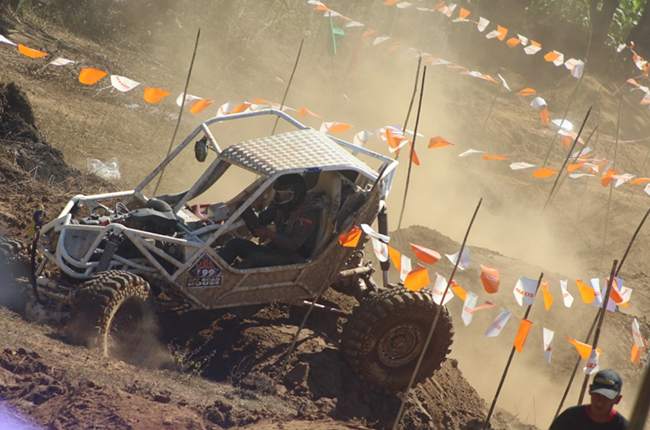 MAXXIS tires partnered with the National Association of Filipino Off-Roaders (NAsFOR) to hold its annual MAXXIS 4x4 Cup Philippines. A series of 4x4 races were held in different provinces all over the country, with the first four legs of the series finished several winners have already been crowned.

The race series ran from February to December, with the goal of promoting off-roading as a motor sport and to bring together enthusiasts. Founded in 2011, the MAXXIS 4x4 Cup is one of the longest and most extreme off-road races in the Philippines.

It’s always such a thrill to watch these races. Off-road enthusiasts get to enjoy their 4WDs to the fullest through the extreme courses we prepare every year. The spirit of competition also gives them the opportunity to meet other off-roaders and boosts their morale as individuals competing in a professional sport,
Ramon To-ong
NAsFOR Events Director

The 13-leg event started in Baler, Aurora last February 9 and 10, 2019. Jherico Lara from the Aurora Racing Team emerged as the winner for the first leg, while bagging third for the second leg. Joseph Rodriguez from 4Wheelers Davao, placed fourth in the first leg, but for the second, third, and fourth legs, held in Ilocos Sur, Tboli, and Davao City respectively, Rodriguez was able to come back and dominate the last three events.

Another member of 4Wheelers Davao was able to win 2nd place during the third leg, followed by yet another team member, Jodax Daquil who came in 3rd. Dencio Garcia was another teammate who bagged 5th in the same leg as well. From CDO 4Wheelers, Kent Estrella snagged a 3rd place finish during the fourth leg, with Altams Altamera from DAVCAT finishing in fourth and Caminero from Digos 4Wheelers in fifth.

We’ve had a good start this year, and we hope to maintain this as we complete all 13 legs. We’re especially grateful to NAsFOR for the partnership we’ve built over the past eight years. Off-roaders can be assured that we will continue to deliver challenges that will keep them on the edge of their seats in the months to come,
Ronald Ang
MAXXIS Philippines Chief Operating Officer

More exciting races are in store at the 2019 MAXXIS 4x4 Cup Philippines as the series resumes in May. More updates to come as the event just concluded its fifth leg that happened from April 6 to 7, 2019 at Pradera Verde, Lubao Pampanga.