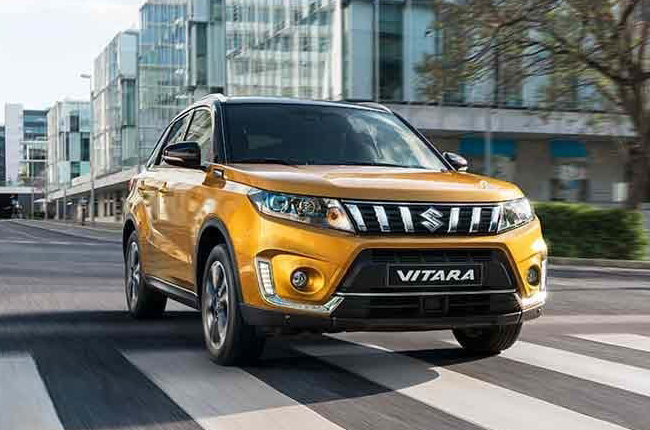 Suzuki Philippines quietly upgrades the Vitara crossover. The updated Vitara comes with improvements to both the exterior and interior. With the new changes, the Vitara is set to recapture the heart of the Filipino car buyers who are opting for a small vehicle but with an SUV-esque appeal.

Here’s a rundown of the changes on the 2020 Vitara. The Suzuki Vitara now gets a new front grille. It ditches the horizontal design in favor of a verticle one. Styling queues from the new design come from the turbocharged S variant of the Vitara overseas.

Changes don't stop with the front grille, the front bumper also gets a new look. There are now chrome garnishes that overlap into the daytime running lights (DRL). The pre-upgrade version only had the DRLs on the bumper with no accents.

Moreover, the Vitara now gets two new two-tone color options with Prime Solar Yellow being the base color that can be paired with either Pearl Cool White or Cosmic Black roof. Another added color is Metallic Ice Grayish Blue, which is paired with a black top. All other color options have been retained, including the solid ones. Over at the rear of the vehicle, the rear reverse lamp has been moved to the lower rear of the bumper. In international models, its current location is usually where a rear fog light would be located.

The rear lights have also gotten a refresh now featuring an all-red color scheme. An addition of a highlighted signal light sector is also present in the upgraded version. The reverse lights have been replaced by signal lights and moved to the bottom bumper.

As for the wheels, the Vitara GLX has also received the upgraded touch. While it still keeps the two-tone color scheme, the design has been changed. It still features a five-spoke pattern with black accents dominating each spoke instead of chrome. The cluster meter gets a new 4.2-inch color LCD display replacing the older version’s smaller display. The center analog clock gets a new face with a white circular background. Seats have also been changed; the leather seats now feature a suede pattern. The GL+ and GLX  now get a center armrest console. The interior, however, retains the black theme with silver accents on the door trims.

Big changes can also be seen with the infotainment. The GL+ now gets a new Linux based operating system instead of the older WINCE one. Screen sizes, however, remain disclosed at this time.

Prices for the refreshed 2020 Suzuki Vitara are as follow:

It’s still unknown if Suzuki Philippines will host a formal launch of the refreshed 2020 Vitara, but at this time of writing, the company hasn’t sent us a formal invitation just yet.

Now, for those who have been wanting for the turbo S version and the AllGrip Pro 4x4 variants, both won’t be in the Philippine market at this time. But we’ll never know, maybe Suzuki Philippines will eventually bring these, along with the much-coveted Swift Sport.