Since the early apparitions of the Ford Ranger Raptor came out on the internet earlier this year, this pickup has piqued the curiosity of car enthusiasts to a record level. I mean, it's the smallest Raptor model in history and it's, in fact, the first Raptor to have officially made it in the country. No doubt that the interest for this vehicle was tremendous, especially when Ford Philippines confirmed its arrival in the country.

The motoring industry has had the first interaction with the Ranger Raptor in September this year. Drenched during its launch, the heavy rain, including the mud and puddle splashes, provided the perfect background for the Philippine reveal of this larger midsize pickup truck. As a witness to the unveiling, I can clearly remember that I’ve felt awe at first sight, which, I think, was the same sentiment of most who were present during that day. The awe-struck feeling remained, with the silent wish of being able to drive that tough machine one day.

Well, wishes do come true, apparently, and I was able to get my hands on the 2019 Ford Ranger Raptor. And the time I spent with it in one of its natural habitats – the lahar fields of Zambales – was beyond an ordinary one. Thanks to Ford Philippines, along with its Ranger Raptor Media Drive, I got to experience what it's like living in the Mad Max universe, and such is one great story to tell. 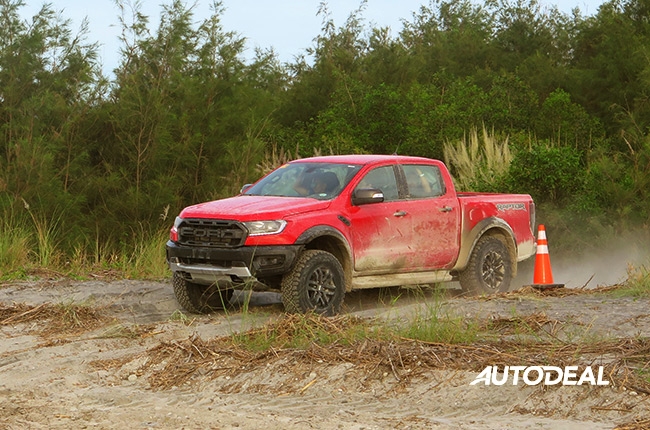 The long drive started with a convoy of the 2019 Ranger Wildtrak, both 4x2 and 4x4 variants, from the metro. The Wildtrak showed off its prowess impressively on the road and did it with pure confidence, as we cut through Manila traffic all the way to the uncrowded road of SCTEX.

Because of this, I was able to drive the 4x4 Wildtrak on our way to the Zambales lahar field, and I was also able to take the Ranger Raptor for a spin right in the middle of the lahar fields. What else is better than having to drive two powerful vehicles in one day?

The Ranger Raptor on Philippine dirt 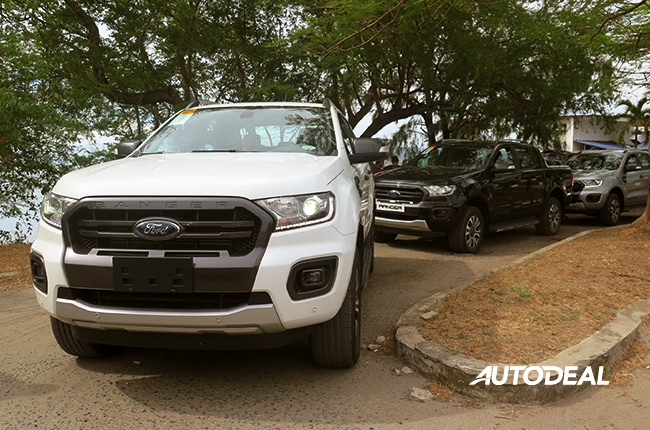 To establish a common ground, the Ranger Wildtrak 4x4 and the Ranger Raptor share the same diesel engine size, the 2.0-liter bi-turbo. So, obviously, you get the same power output for both, which is 210 hp and 500 Nm of torque.

The game-changer is the suspension system of the Ranger Raptor. This off-road beast features Fox Racing shock absorbers in the front and rear, specially designed for allowing high-speed off-road drive. This is the same shock absorber found on its bigger brother, the F-150 Raptor. These absorbers brought the pickup truck higher than an ordinary Ranger, which is quite useful for traversing flooded areas.

Complementing the shock absorbers are the new coilover rear suspensions, which use a Watt's link setup solid rear axle, thus keeping the car easily controllable during off-roading. In addition, the Ranger Raptor also utilizes a new unique chassis frame. That, along with the combination in the suspension and brakes, are only few of the many elements that pull the Ranger Raptor away from a typical Ranger pickup truck. Even when it's stationary, or even when if it's away from an off-road track, the body styling of the Ranger Raptor purely converses that it is built for the toughest terrains out there. The angled front and rear ends grant it easy entry and exit on inclinations and ramps. The underbody, on the other hand, is protected by a unique underbody shield that has doubled the size compared to the one under the Ranger. We're talking about a 2.3-mm thick high-strength steel for absorbing the harsh impact when off-roading.

As mentioned earlier, the Ranger Raptor's special shock absorbers gave it extra ride height. The result is a 283-mm ground clearance and 850-mm water wading depth, and I got to say this, Baja mode was made to look driving in terrains easy while inside the Ranger Raptor. The smoother sail on the lahar bed will make you want to do it whole day-long. 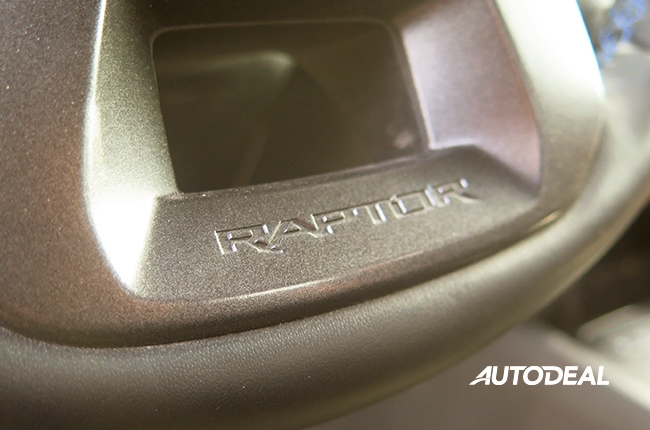 Aside from actually driving the latest Ford pickup trucks, I also got the luxury of experiencing them as a passenger. I tell you, a comparison of the intensity of bouncing on the backseat between the Ranger Wildtrak 4x4 and Ranger Raptor is like comparing soda to juice. I mean, you get it, right? One has got to be smoother to drink depending on your preference.

However, I must admit that it's not every day that I get to drive through lahar or any terrain alike. So, the whole Ranger Raptor thing goes down to whether this more aggressive midsize pickup truck is a suited daily metro driver or an irresistible luxury. Exterior wise, it really has the killer looks for a hardcore pickup truck. The bonus you get is an off-road tuned performance at a price tag of P1,898,000, which is pretty extraordinary given the features that come with it. You can already hit the lahar as easy as pie with this beast, that is if you wish to. The Ranger Raptor is undeniably a stunner, period - certainly fitting of its status as the holy grail of the Ranger nameplate.The towering stance, aggressive looks, intimidating composure, and gentle riding comfort are the bonuses of what you'll be paying for. It's a massive head-turner on the highway and a jaw-dropper on the dirt and muddy tracks.

In conclusion, the whole experience paved the way to my thinking that in a Mad Max universe where you drive through dunes on a daily basis, the Ranger Raptor is definitely a must-have. Feel free to decorate it with skeletal ornaments and paint it with death-punk decals, or you could just let it be as it is. But, if you're not an adventurous weekend warrior, and you need a dependable pickup, the Ranger Wildtrak is undoubtedly a decent bet.