Toyota Philippines has just launched the GR Sport version of two of its popular vehicles. These come in the form of the Toyota Fortuner GR Sport and the Toyota Hilux GR Sport. While these vehicles are essentially upgrades of the LTD and Conquest variants of the Fortuner and Hilux respectively, the Japanese automaker has given them a few minor upgrades aside from the Gazoo Racing goodies that have been added to both models. 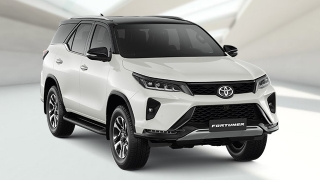 Tough and Elegant – the all-new Toyota Fortuner is one fine piece of machinery that has off-road capabilities.