With the small exception of BGC, Makati Central Business District, and Ortigas Center in Pasig City, walking is a nightmare in the Philippines. That’s almost a fact, and pedestrians are always at the short end of the stick whenever push comes to shove.

Motorists not caring about pedestrians is a sad truth, one that has its roots planted deep within the blinding light of convenience and self-entitlement of those who can afford to buy their own ride.

Related: What every Filipino driver should know

But, whether we like it or not, pedestrians are part of our motoring lifestyle. According to an urban transportation study within Metro Manila and surrounding provinces, 31% of people choose to go on foot to/from their destinations, while 49% of people walk to/from public transportation terminals and stops. Surprisingly, only 20% choose private mobility.

With this, it’s quite clear that pedestrians aren’t a minority, which begs the next question – do motorists really respect pedestrians and their crosswalks (a.k.a. pedestrian lanes, ped xing, or zebra lanes) the way they should be?

Apparently, not. In less than 10 minutes of driving, spotting a car blocking a crosswalk is inevitable. To those forgiving to pedestrians, kudos to you. But to those who are not, let this list serve as a reminder on how every motorist should behave to people on foot. 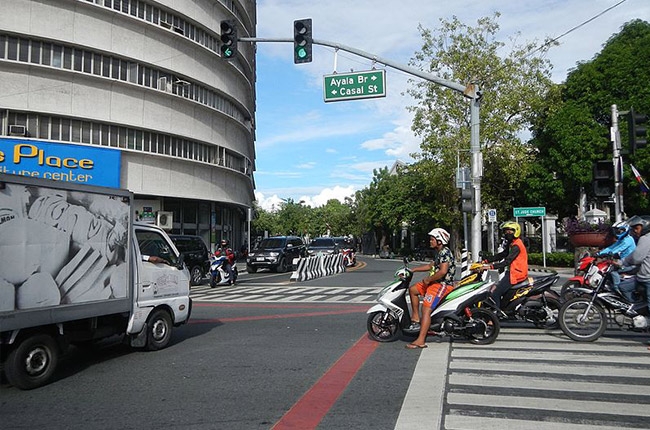 As if walking isn’t already a tiresome task, blocking a pedestrian lane only makes it worse for those who are trying to get to the other side of the road. Needless to say, marked crosswalks are taboo areas for cars and motorcycles, let alone parking in one. It’s also against the law, as stated in the Land Transportation and Traffic Code Article IV, Turning and Parking, Section 46 (b).

TIP: When in bumper-to-bumper situations, always stop before zebra lanes and make sure that you have enough room beyond them before moving forward.

Always give way to pedestrians Even when the pedestrian traffic light already says stop, you should give way to a person who was caught in the middle of the crosswalk. It will only take a couple more seconds of your time. Same goes to those who are not using the crosswalk – yes, we know, it’s jaywalking, but it won’t hurt anyone (literally and figuratively) if you just let them through, right? It’s a different story for wide boulevards like EDSA, though.

For what it’s worth, taking the high road is not an easy task, but it still is a fulfilling one. Even without pedestrian lanes, narrow streets and alleys are among the roads you should be careful traversing. The probability of a person crossing is high on these roads, so, however tempting it is to speed in an empty street, don’t. Most especially in residential areas. Not only is it dangerous, but it’s also illegal as the speed limit in these areas is just 20 km/h.