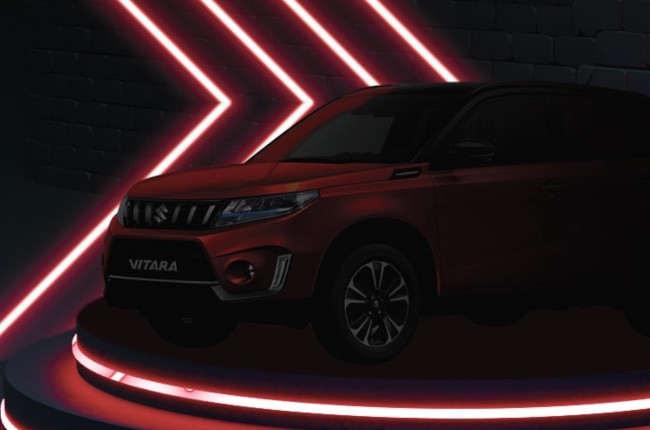 Suzuki is gearing up for another launch, and it looks like another minor refresh is underway. The Japanese brand posted an image on its Facebook page with the caption:

Something new is coming your way to make every drive even more enjoyable. It's time to play!

Are you ready? Arriving in your driveways in 5 days.

This post was followed by an image of the new Vitara, in what looks to be a Bright Red and Cosmic Black Pearl Metallic colorway.

As the image stands, enough is shown to give us a glimpse of what’s new with the car, or rather, what’s stayed the same. It has been a while since we’ve received news about the Suzuki Vitara. The latest happening with the subcompact crossover was the axing of the GLX and GL+ variants back in January of 2020 due to tax and pricing concerns. According to the memo dated January 20, 2020, “tax and pricing are no longer competitive to continue the said variants and the influx of cutthroat competition of China brand in similar category.” Following the removal of the top-spec trim, Suzuki then stated that a new variant will come along, filling in the gap that was left by the GLX and GL+.

That being said, we’re expecting the new variant to make landfall on May 28, 2021. The new “exciting variant,” as teased by Suzuki a year prior, could still come with largely the same specifications as the GL trim, but with extra bits that make it a more worthwhile purchase. Speculations state that the new model could come with Suzuki’s All-Grip all-wheel-drive system, which would be one of the first in its segment to offer such a drivetrain. Meanwhile, other sources state that the crossover could come equipped with a new small-displacement turbocharged engine. This could pit the Vitara directly up against the Geely Coolray. Other than that, we could also see a turbodiesel engine make its way into the Philippine market. India also has a fondness for diesel engines, and Suzuki Philippines is sourcing a few cars from that part of the world as well.

However, these speculations are mere speculations, and we’ll have to wait 5 days before Suzuki confirms any of our guesses. As for pricing, we’re not entirely sure yet what the brand has in store, but they promised that it would be exciting.