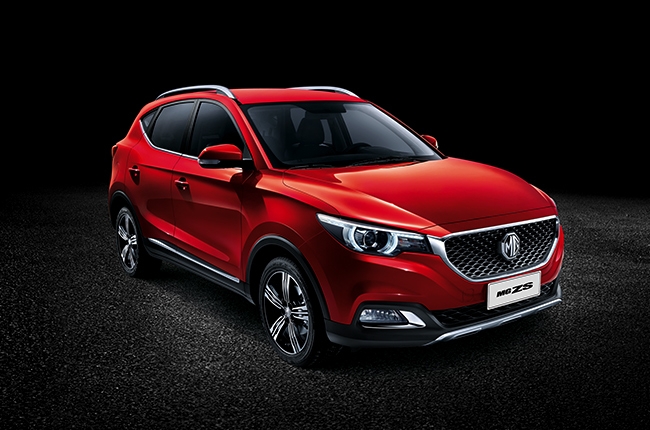 The Covenant Car Company Incorporated (TCCCI), in partnership with Phoenix Petroleum, brings you, MG Live!, a free concert series that will feature the country’s top bands.

MG Philippines emphasizes its brand’s fun and vibrant spirit. For most Filipinos, music and driving are inseparable. With the radio being our only source of entertainment in the car, whether on a long road trip or a crawl through traffic, MG will make your driving playlists come to life through this event.

Exciting performances from multiple genres will be present at the event. Electro-pop-rock specialists Gracenote; the always party-ready Sandwich; alt-rock trio Hilera; pop-rock foursome Moonstar88; and Ultra Combo, for those who love rocking out to the Eraserheads.

A big part of what makes MG cars special is their ability to satisfy a wide range of various needs and lifestyles. These vehicles are trusty daily drivers during busy work days, but versatile enough for a weekend getaway, MG Live! is a way for us to showcase our full vehicle lineup, announce our innovative aftersales complements, and unveil our upcoming dealership locations in a manner all Filipinos can appreciate: music. It’s also a chance for us to let everyone know that MG is vibrant, youthful in spirit, and made for everyone who wants to enjoy life to the fullest.
Atty. Alberto B. Arcilla
President and CEO of The Covenant Car Company, Inc. MG Live! is a free event open to all those who love cars and music. Special giveaways and VIP concert passes are up for grabs to all who take part in the interactive games at the MG PH booth. Premium MG and Phoenix Petroleum merchandise can be had by interacting and following MG Philippines social media accounts. Simply like the Facebook page (OfficialMGPhilippines), and share any MG Live!-related post, or follow the Instagram account (@mg_philippines) and post a photo using the hashtags #MGPhilippines, #MGLive, and #ComeAliveWithPhoenixPulse to avail of the exclusive merchandise. Completion of both tasks allows the guest to have one raffle entry to qualify for a VIP pass to each concert segment.

Catch Gracenote and Sandwich in SM Megamall’s Fashion Hall on March 9, 2019. Hilera and Moonstar88 will be performing in SM Southmall on March 30, 2019. While Ultra Combo will be going solo on April 6, 2019 in the Manila International Auto Show (MIAS), happening in the World Trade Center in Pasay City.

MG Cars will also be available for test drives on certain dates. Get a chance to drive around an MG car at SM Megamall Fashion Hall from March 4 to March 10, 2019, or in SM Southmall from March 28 to March 31, 2019. You may also test drive at MIAS from April 4 to April 7, 2019. The full lineup of modern MG vehicles including the MG ZS Crossover SUV, MG 6 fastback sedan, and the RX5 compact SUV will be available, giving everyone a chance to experience MG’s most stylish, and modern, #BritishBred cars. For those who love classic cars, an MGB V8 two-door roadster will be showcased during the test drive and free concert event.