It’s no doubt that midsize SUVs are the hottest cars that everyone’s keeping an eye on. You can’t blame the buyers; there are a lot of things you can do with a 7-seater that can virtually go anywhere. As a matter of fact, 2 of the biggest brands in the Philippines has released their latest generation of midsize SUVs. With this, there has been a silent war going on between the 2 models.

Here’s a head-to-head specs comparison between the range-toppers of the Toyota Fortuner and the Mitsubishi Montero Sport. Both are equally capable, with their own share of pros and cons. What separates them are their emblems and the numbers on their specs sheet. 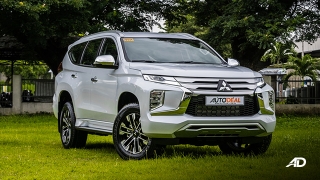 Sporty & Powerful – the Mitsubishi Montero Sport is part of the generation of Pickup Platform Vehicles (PPV) that will never run out of style.