There are a lot of cars you can buy for P1.9-million. But you need something more luxurious than an SUV, more ‘grown-up’ than performance car, and with less seats than an MPV. What you need is a midsize sedan to suit your executive lifestyle.

But so many models to choose from, which one should you buy? We’ve narrowed down the choices to these 5 best-value midsize sedans for under P1.9-million. 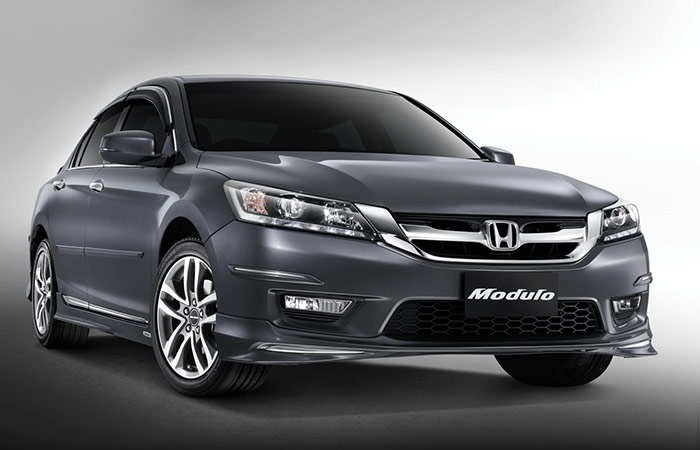 There’s no mistaking the appeal of the Honda Accord for the distinct coat-and-tie business man/woman. This latest version is now sleeker and looks more active than the old model with the help from striking dual LED headlamps, daytime running lamps, and tail lamps. Honda may have shortened its dimensions a bit, but it boasts increased head, leg, and shoulder room thanks to their clever interior packaging.

Inside you’ll find a sea of leather seats, an 8-inch touch-screen intelligent Multi Information Display (i-MID), rear armrest with audio controls, and a rear sunshade. It even has Active Noise Control (ANC) and Active Sound Control (ASC) for a much quieter ride. 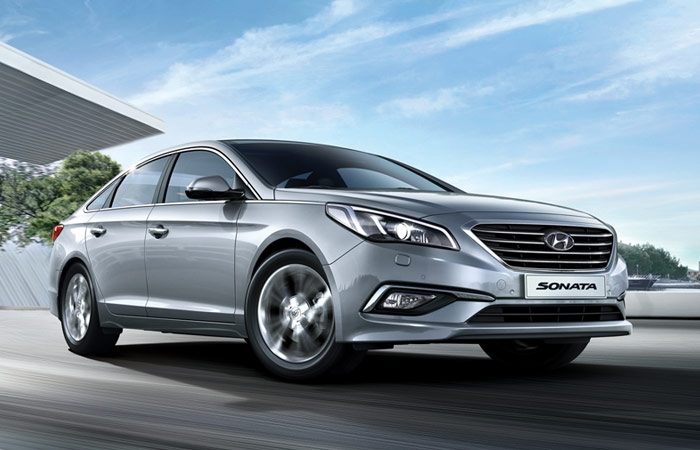 Designed with Hyundai’s new “Fluidic Sculpture 2.0” design language, the all-new Sonata features sleek contours, flowing lines, and an aerodynamic side profile. It’s definitely more “serious” than it is “sporty” on the outside.

Compared to its predecessor, it’s longer by 35 mm, wider by 30 mm, and taller by 10 mm. Its wheelbase has also been lengthened by 10 mm. This size increase allowed it to have a much spacious cabin, and that’s where this car really shines. It boasts a more ergonomic interior layout through its usage of the Human Machine Interface (HMI).

At P1,698,000, the Sonta GLS is the cheapest sedan on the list. There is, however, a Permium variant that costs P200,000 more that gets you features features like wing-mirror puddle lamps, electronic parking brake, and a panoramic sunroof. The latest Mazda 6 is downright sexy with its KODO-designed body. But Mazda found ways to improve it by introducing a mid-cycle facelift plus some tech upgrades. Clearly, this car suits those who have a much more active lifestyle and really want to stay young at heart. But the 6’s appeal goes beyond just flashy looks. Its interior features high-quality materials and superior ergonomics, earning it a spot in Ward’s Auto 10 Best Interiors of 2015.

Aside from its SKYACTIV technologies, the Mazda 6 now also has an Active Driving Display and i-ACTIVSENSE, which comprises of a Lanekeep Assist System and adaptive LED headlights.

With 185 hp and 250 Nm of torque coming from 2.5L 4-cylinder SKYACTIV engine, it’s also the most powerful sedan on the list. Add to that Mazda’s “Jinba ittai” design principle (which translates to horse and rider becoming one) and this is definitely a sedan that’s better to be driven than be driven in. 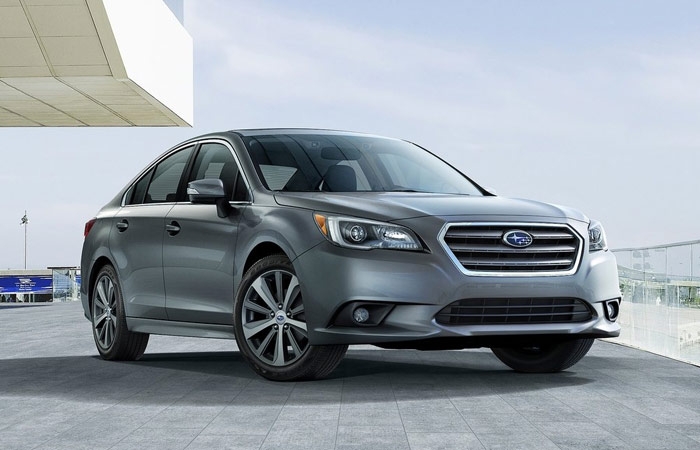 Launched in early 2015, the all-new Legacy is slightly more grown up than the model it replaces as far as styling is concerned. It’s also based on a larger platform which Subaru claims to be quieter. Yet, this executive sedan is still a fun-to-drive machine as a Subaru should be.

Underneath its body is a 2.5L 4-cylinder BOXER engine with a lineartronic CVT and Symmetrical All-Wheel Drive system. It also has Subaur’s Intelligent Drive (SI-Drive), which when cycled through alters the engine and transmission response to deliver immediate power when needed.

Along with its big brothers Outback and Forester, it also earned a 5-Star rank in the recent Japan New Car Assessment Program (JNCAP) for its “All-Around” safety philosophy. 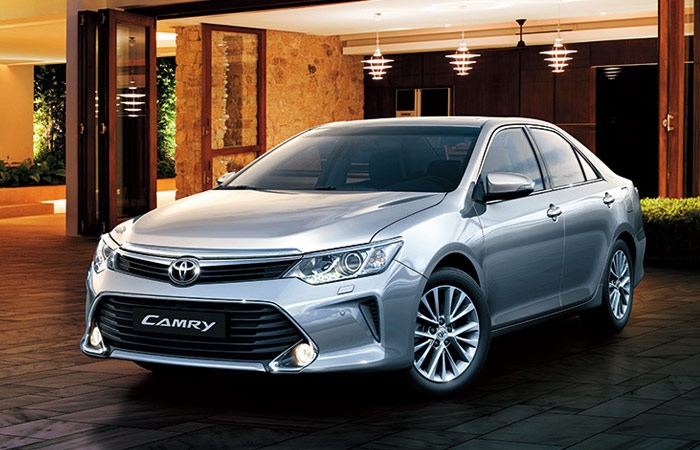 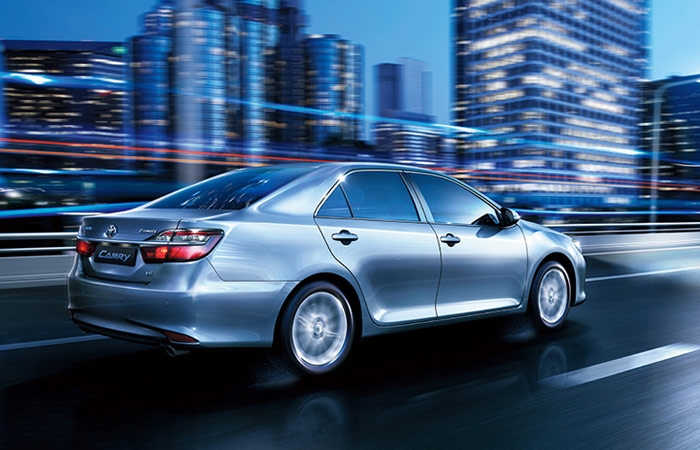 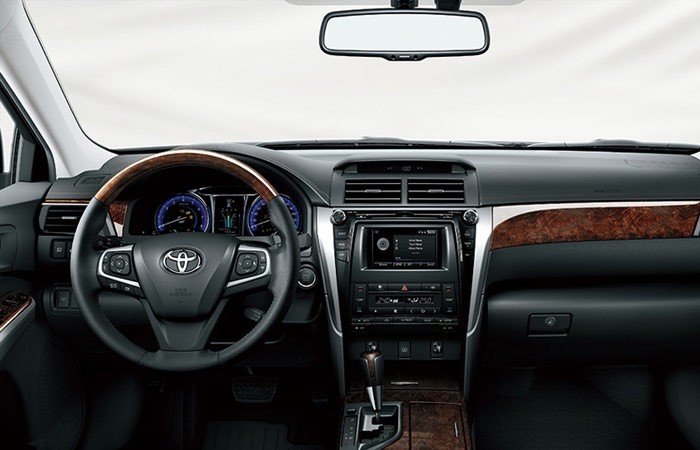 What is one of, if not the best-selling midsize sedan in the country, the Camry received a mid-cycle update in early 2015. This included an entirely new (and sportier) front end and enhanced interior.

New are the LED daytime running lights, HID projector headlights, and LED tail lights. Hop inside though, and you’ll start to see that it’s a slightly different Camry. As for the interior, appointments have been improved in terms of quality and feel, featuring top notch upholstery and stitching. It also has a new High-Definition meter and multi-information display (MID), and a new clear blue interior illumination for a better night driving experience.

As for performance, Toyota left the powerplant virtually untouched for this latest model. The V variant still sports a 2.5L Dual VVTI gasoline engine and a 6-speed sequential automatic transmission.