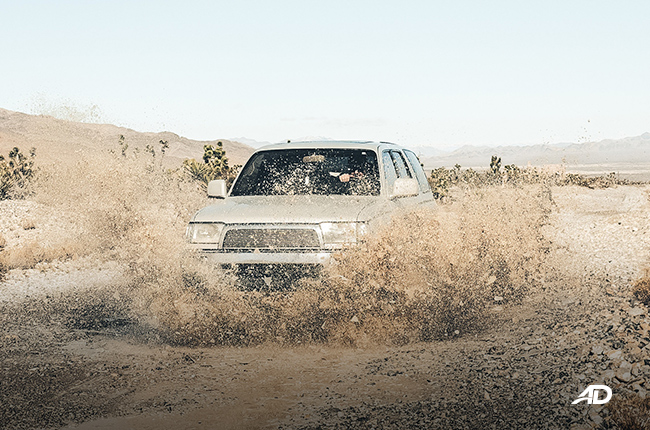 EDITOR'S NOTE: The vehicles included in this list are judged based on what the author has actually driven on media drives and in-depth reviews. We are aware that there are more capable off-roaders out there in the market. We just didn't have the chance to try them out yet, hence, they're not included in the list. Edits have been made to the title of this article to make things as clear as day.

Of the current crop of mainstream vehicle manufacturers in the Philippines, a number of brands have nameplates that perform pretty well when taken off-roading. These production vehicles in their stock form can tackle a number of challenging terrain conditions and steep departure angles, and their capability can be further improved through aftermarket modifications and parts.

Recreational off-roading and even more extreme forms, such as rock crawling and competitive trials, have contributed to the growth of the number of buyers who are willing to purchase 4x4 capable vehicles. While the market is still significantly smaller than the likes of two-wheel drive crossovers and SUVs, those who still want the most capable vehicle that can tackle anything the environment can throw at it can find something to love on this list. In this article, we’ll be narrowing down a selection of five vehicles from brands we have all come to love, and all of them happen to be the most capable on any road surface. 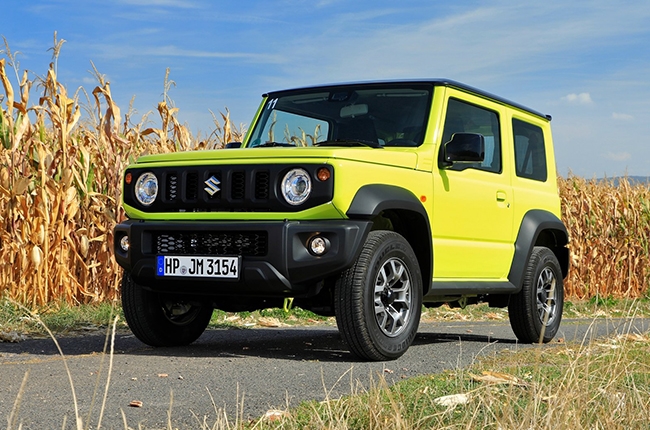 Having sold close to three million units in over 190 countries since its launch in April of 1970, the Suzuki Jimny has cemented itself as one of the most capable mini-SUVs of all time. While it has entered its fourth generation for 2019, and we’re eagerly waiting to get our hands on one locally, the more powerful and sophisticated Suzuki Jimny has never compromised on its origins as a utilitarian, purposeful off-roader. Highlights of the Jimny include a body on frame chassis, solid live axles, part-time four-wheel drive, a transfer case with high and low gearing, and a sophisticated ABS-system that can brake slipping wheels, and thus doubles to function similar to limited-slip or locking differentials, sends power to the wheels that still have traction in terrain. What’s not to like? 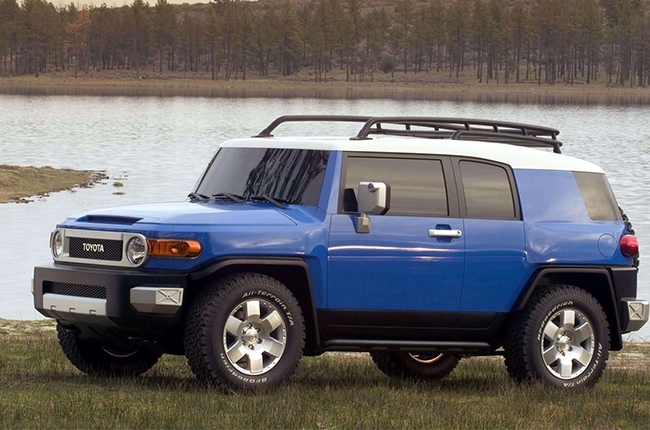 The retro and boxy design of the FJ Cruiser has won hearts of many SUV enthusiasts, coming at a time when Toyota’s designs were relatively too safe. It also helped that the Toyota FJ Cruiser has a full-time 4WD system, adopted a body on frame design similar to the Prado, and has a high-mounted, double wishbone front suspension and stabilizer bar, and a 4-link rear suspension with lateral rod with coil springs and stabilizer bar. A-TRAC, a system applies braking to control wheels that have lost traction, mimics the performance of a locking differential without the "binding" that can make steering difficult in normal locking differential setups. The suspension was also designed to be soft, but with long travel for off-road use. There’s also a myriad of aftermarket setups and parts you can purchase for the Toyota FJ, turning into a true off-roader. 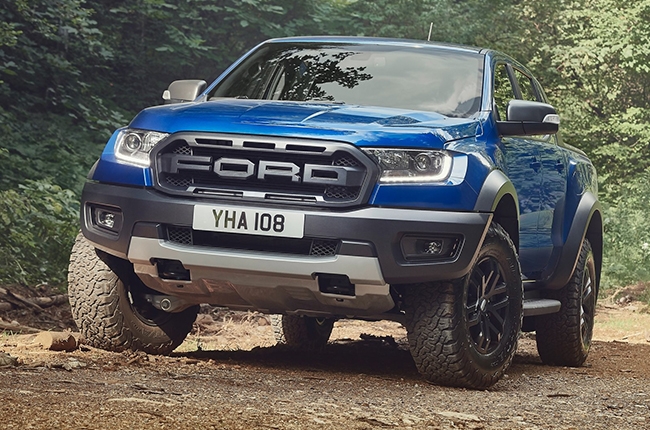 The latest vehicle on this list, the Ranger Raptor is Ford’s answer to those looking for a locally available super pickup, bringing in the most comprehensively equipped and macho looking truck we’ve seen in a long time. Equipped with similar components found in the bigger F-150 Raptor, like the longer travel Fox suspension, a 10-speed automatic transmission, and a comprehensive terrain management system with Baja mode, the Ranger Raptor stands as the ultimate sport truck you can officially get in the Philippines for off-roading. The 2.0L biturbo diesel mill is no slouch as 210 hp and 500 Nm of torque is nothing to scoff at, practically making every off-road bump an opportunity for some good air time. Out of the box and right off of showroom floors, this is the most capable pickup we’ve driven in a long time. 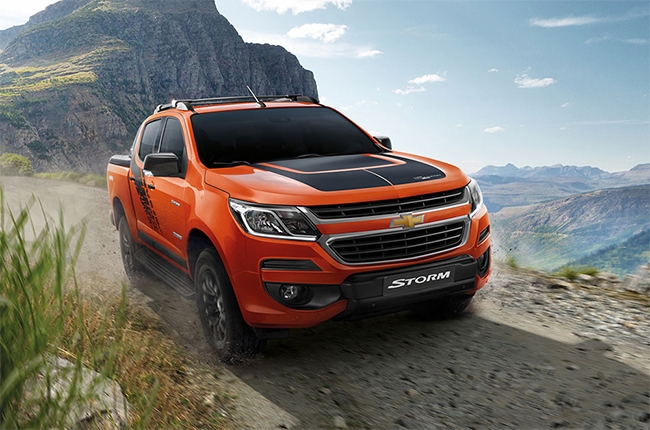 We’ve got another pickup on this list, and this time, it’s the king of torque, the Chevrolet Colorado. The best-in-class 500 Nm and 200 hp engine conquers any terrain, and the 800mm water wading capability means that water crossings will be something to laugh at. The one ton (907kg) payload capacity and 3.5 ton (3,175kg) towing capacity mean that the Colorado can also serve as a hauler for work or lifestyle. You also have access to 4x4 and 4x2 switches and low/high gearing, plus hill descent control, and a limited slip differential (LSD). For those who want their Colorado a little bit more dressed up, there’s also the High Country Storm edition. 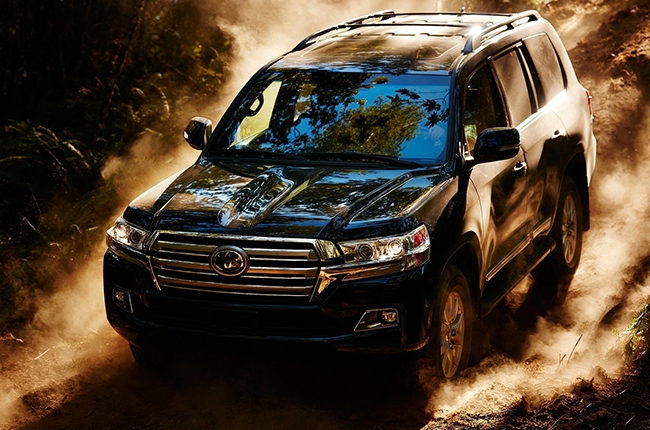 The legendary Toyota Land Cruiser has over 65 years of off-roading heritage, and has seen roads and terrain all over the world. Even though we see these vehicles as land yachts, shuttling people on paved roads to their exclusive subdivisions, make no mistake; the Land Cruiser can handle serious off-road duty when it is asked to. Suspension is a set of independent double wishbones up front and a four-link rear with a lateral rod, with optimized oil seals and valves. A Kinetic Dynamic Suspension System allows the anti-roll bars to decouple when driving off-road to deliver maximum suspension articulation and ground contact for the wheels. The Land Cruiser is a permanent 4x4, delivering torque through front, centre and rear differentials, all can adjust automatically to sense loss of traction. Crawl control, multi-terrain selection modes, and a robust body-on-frame chassis create a potent SUV on and off the road.