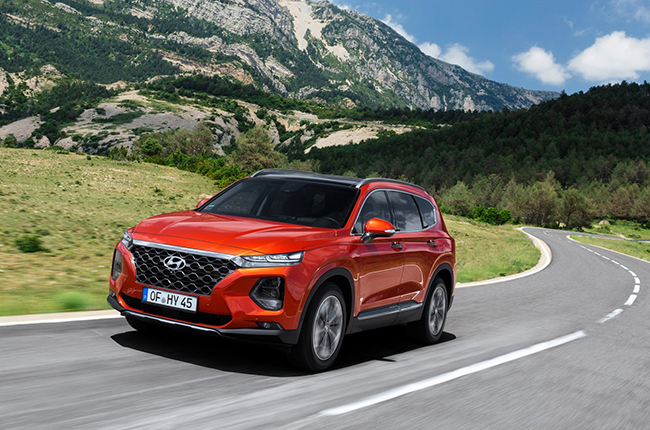 Hyundai Philippines is rolling out another variant to its midsize crossover, the Hyundai Santa Fe. The new variant slots right under the top trim (image shown above) that costs P2,338,000. It’s dubbed the Mid-Variant and will be more affordable than the current line topping Santa Fe.

When you price down a car, consumers should expect several features to be deleted, as well as a few changes under the hood. Thankfully this variant still retains the 2.2L Diesel engine that is Euro-4 compliant. The output of the engine still remains quite good at 197 hp and 441 Nm of torque. 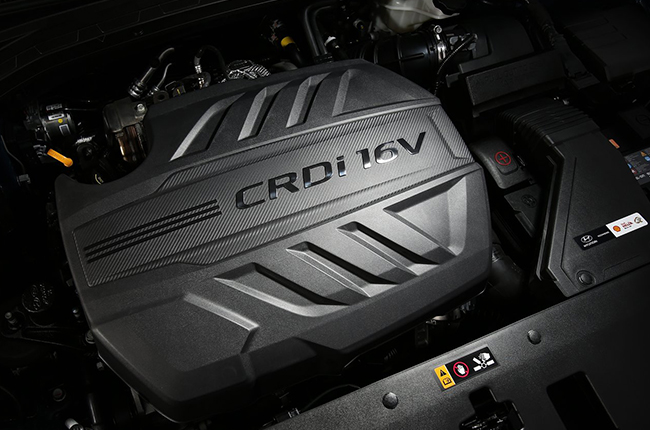 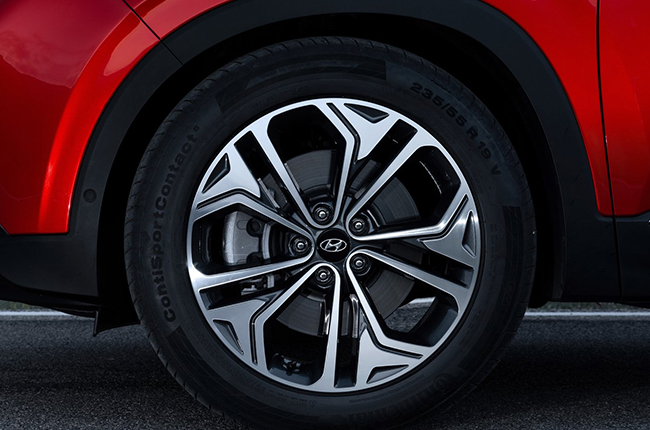 The ride remains as pliant as ever. Since the 4x2 unit sports a fully independent front and rear suspension. Though the first pro to go is the 19-inch wheels. These are replaced with 18-inchers that still offer a good, if not better ride since there is more tire sidewall to cushion bumps on the road. 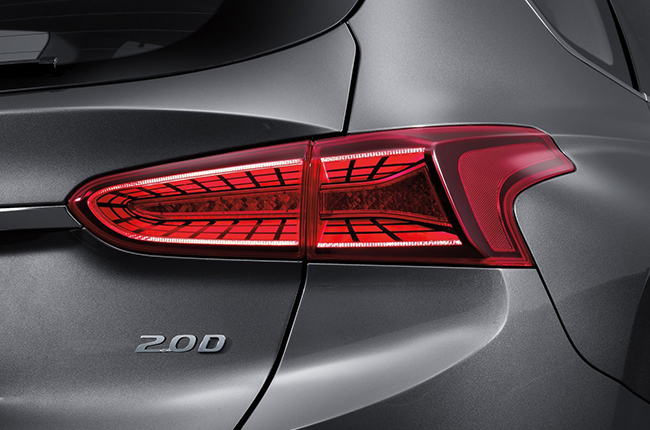 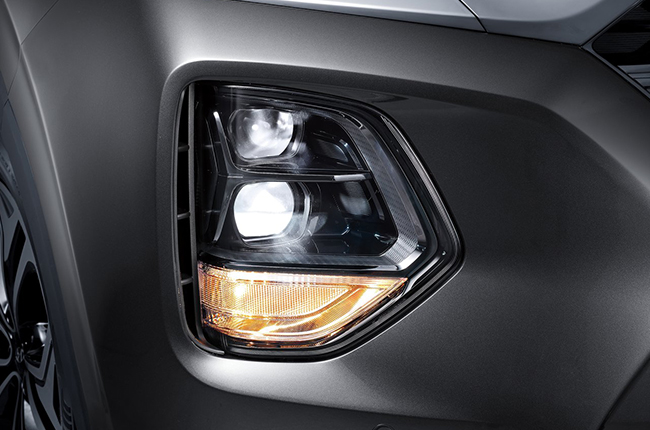 The set of headlights of the Santa Fe mid-variant is relegated to halogen projectors instead of LED projectors found on the top trim. The fog lamps also get the halogen treatment in this new variant, a departure from the LED affair in the range-topper. The taillights also get bulbs instead of LEDs. The Santa Fe also loses a bit of snazziness when it comes to the grille. Gone is the chrome grille in favor of an all black front. 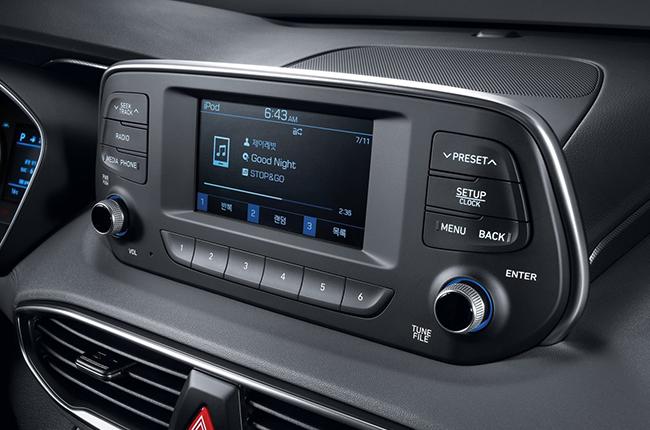 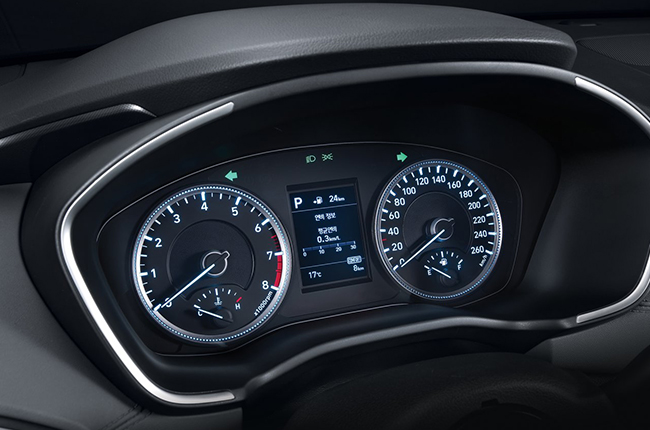 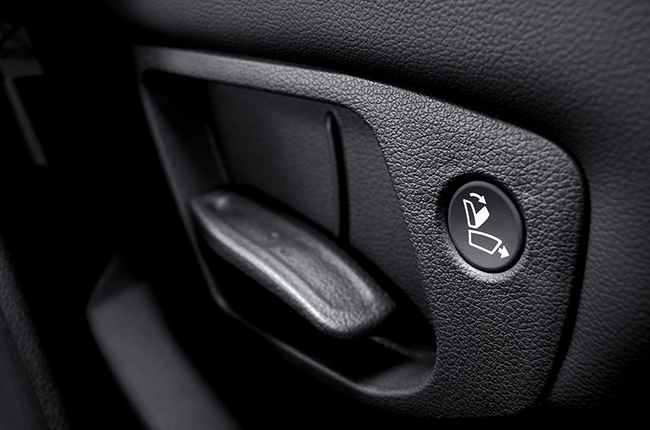 The interior gets stripped a bit in order to cut costs. The heads up display and the 7-inch Supervision TFT LCD in the gauge cluster are dropped in the spec sheet – you’ll have to make do with a 3.5-inch TFT LCD instead. You also forego a better head unit in favor of a more basic setup. So, no Android Auto and Apple CarPlay, and not to mention the wireless charger. You still get a power seat for the driver, but that’s about it. The passenger has to make do with a manual adjusting seat at the mid-level variant. You won’t get a curtain in the rear as well, but that’s negligible for most. What’s a little worrying is the exclusion of rear vents, since this midsize crossover is relatively big. 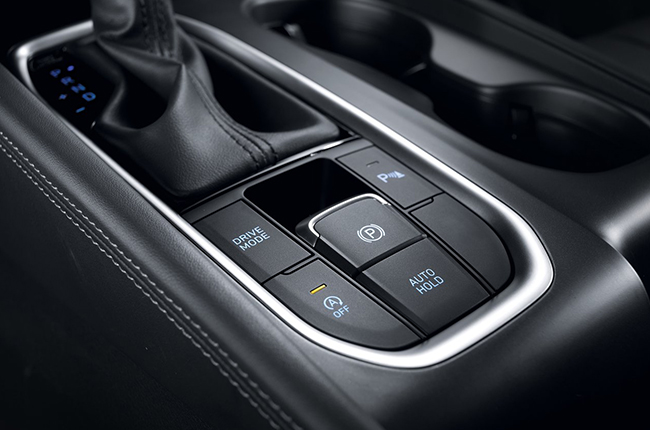 Of note, safety’s downgraded in the Santa Fe mid-variant since it only has airbags for the driver and the passenger up front. No side curtain or side airbags can be found, too. You have to make do with an old school footbrake instead of the electronic unit with auto-hold found in the high variant. You do get sensors though, but only in the rear. Other omissions include the downhill brake control (DBC), electronic stability control (ESC), hill-start assist control (HSC), around view monitor, and rear back-up camera. While this deal isn’t as sweet as the top variant, we have to remember that the bones of the vehicle are tough, and still feature beloved inclusions such as a diesel engine, a comfortable ride, and leather seats. With a few compromises though, would this vehicle still feel the same? 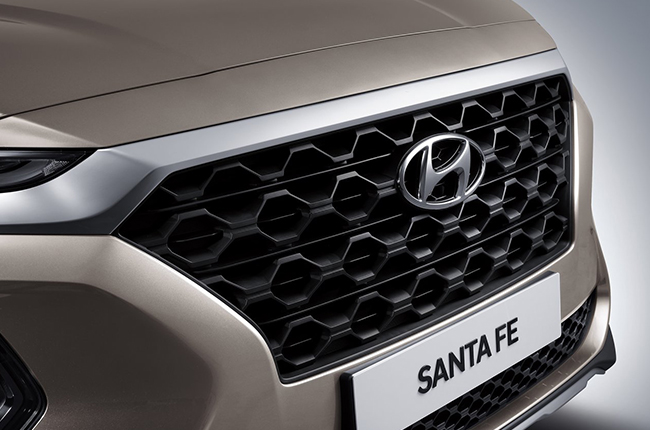 Regardless, it’s available for purchase in all Hyundai dealerships in the Philippines.