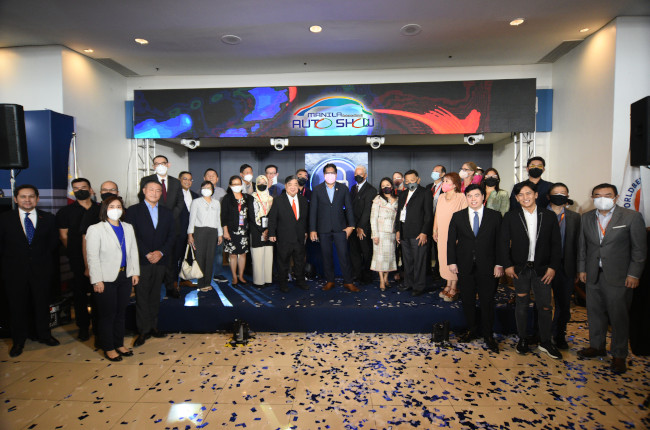 After a spritely start to the 2022 Manila International Auto Show (MIAS), the event will head into its weekend leg. The remaining days in the week up until Sunday, April 10, 2022, will be filled with exciting new cars and products from OEM and aftermarket brands alike.

The opening ceremony kicked off with James Deakin hosting. The opening was then graced by Mr. Joe Ferreira of the Automotive Association of the Philippines (AAP), Senior Consultant of the Department of Transportation (DOTr), Hon. Albert Suansing—who represented the Secretary of the DOTr, Arthur Tugade, as well as Mr. Peter Eric Pardo, Chief of Staff, Pasay City Mayor’s Office.

This year marks the first time that MIAS went live and on-site since its two-year hiatus because of the COVID-19 Pandemic. Prior to this year, brands held their launches and events during the MIAS weekend through Zoom or through email. Now that live events are back on and not online, this year’s auto show shouldn’t be one that you miss.

Catch brands and companies like the Autohub group with their lineup of brands at their booth. It may be an auto show, but you can also have a gander at Triumph, Aprilia, and Vespa at their booth. The car exhibited at Autohub’s booth is the all-new MINI Countryman. 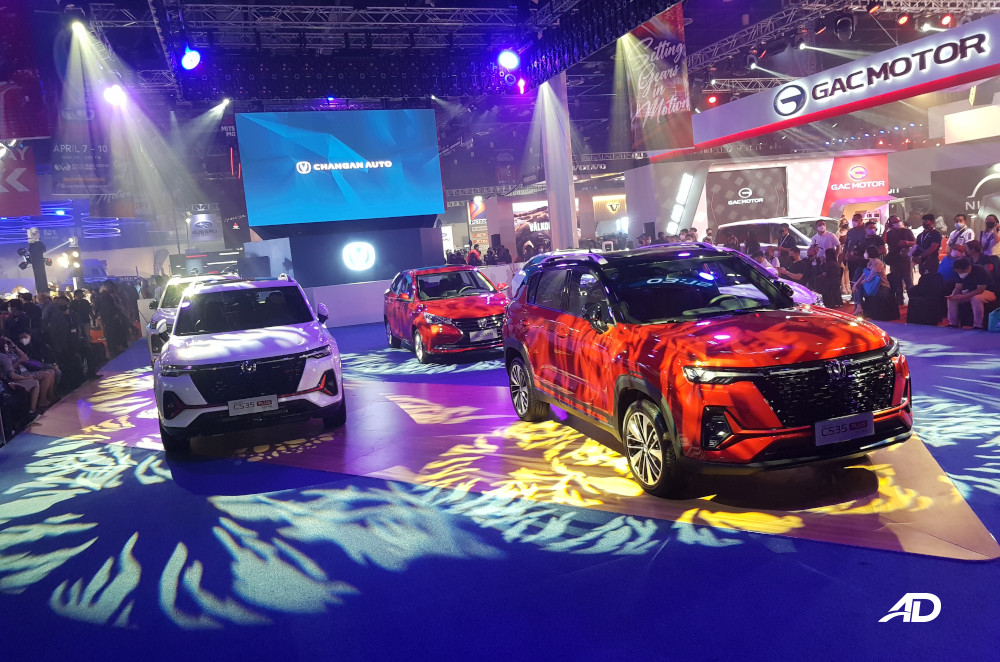 Changan also made a name for themselves at the show, fielding most of their lineup close to the doors for everyone entering the main hall’s entrance to see. Crossovers like the all-new Changan CS35 Plus can be found there, and give the brand a look to see what all the buzz is about with this new model.

Chevrolet launched the new Tahoe at its MIAS booth this year. The model featured is a Z71 trim, which is one of the upper trim levels in the lineup, at least in relation to the global lineup for the Tahoe. The full-size SUV is just one step lower than the Suburban, but it still has that big American SUV feel. Apart from that, the Camaro also makes an appearance on the floor. 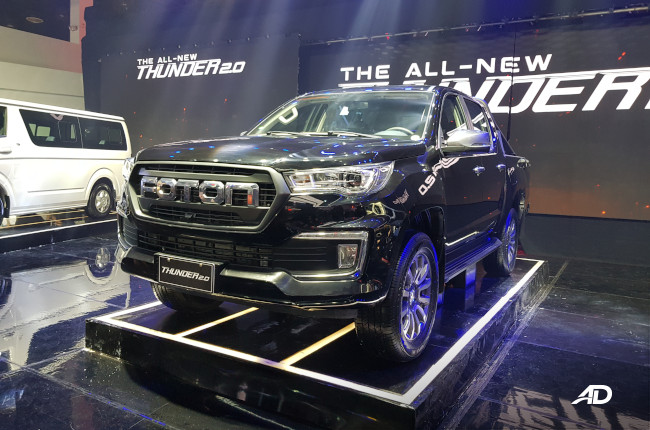 Foton is throwing their hat into the Philippine pickup arena once again, debuting the Thunder 2.0 pickup truck, a new and improved version of the brand’s pickup with pricing and availability soon to be announced.

Related: Foton Philippines throws its hat into the pickup arena once again with the Thunder 2.0

GAC launched two models this year, showcasing the new Empow in all its glory, as well as the all-new and refreshed GAC GS8. 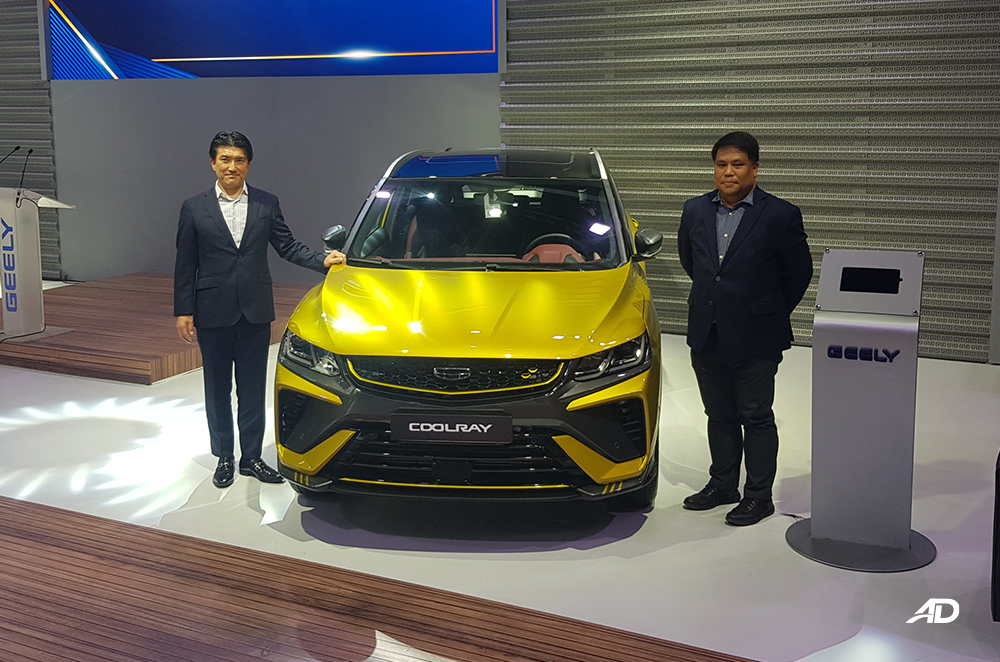 Geely also debuted their new variants of the Coolray to much fanfare. The Chinese brand took all the crowds in on this year’s opening day as they unveiled the new SE variant of the Coolray. Other models are also at the booth like Okavango as well as the new Emgrand. 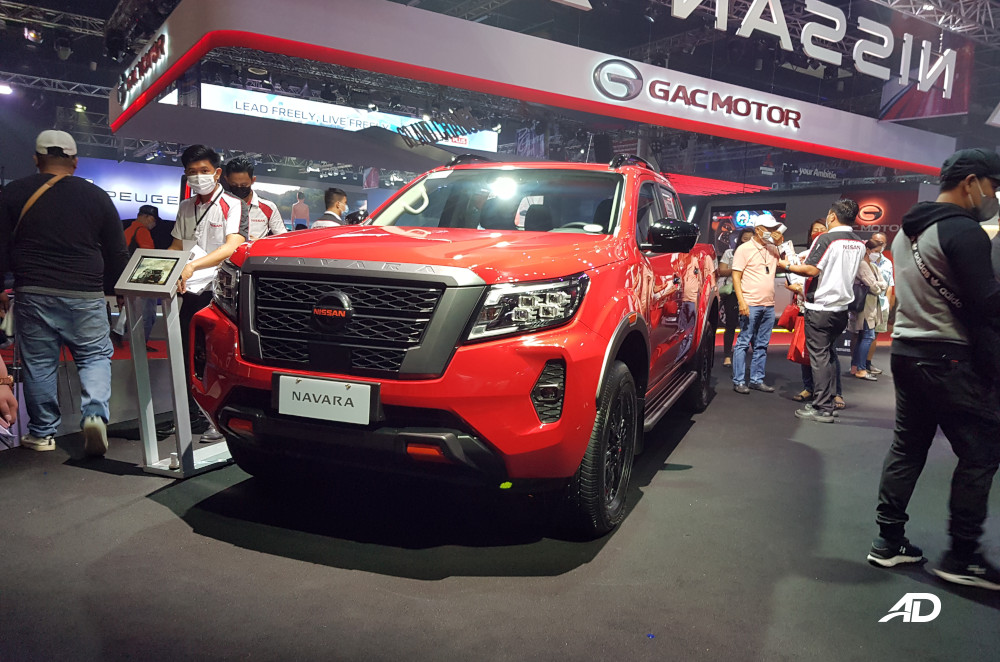 Nissan had a soft launch and a little teaser for the Kicks e-Power in MIAS 2022. The launch was for the limited-edition Calibre-X Navara variant that borrows styling elements from the PRO-4X, but ends up being moderately priced thanks to the 4x2 drivetrain. 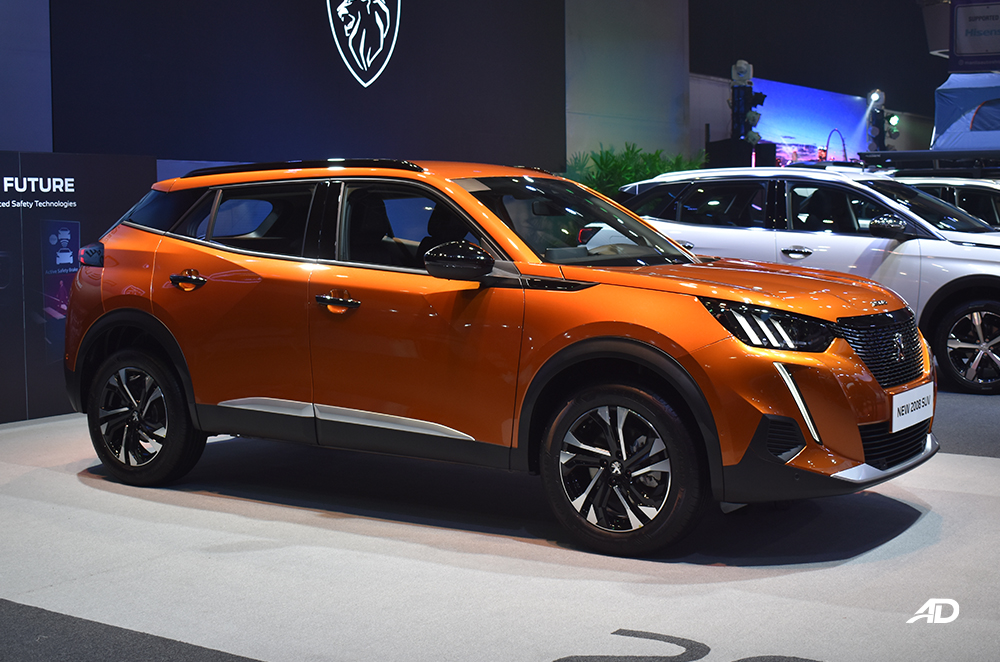 Peugeot is also showcasing its brand-new 2008 crossover to the Philippine market for the first time, and the subcompact crossover is looking to make a dent in the market with its stylish exterior and interior looks with a pint-sized serving of practicality in tow. 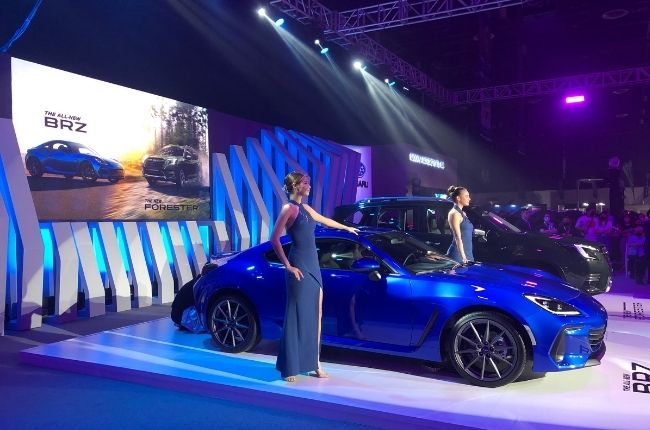 Perhaps the most anticipated brand to make a splash during this year’s event, Subaru put two models on display, the BRZ, and the Forester, with the former being a hotly-wanted model by car enthusiasts. Coming off the success of the previous-generation BRZ, onlookers were stunned by its presence. 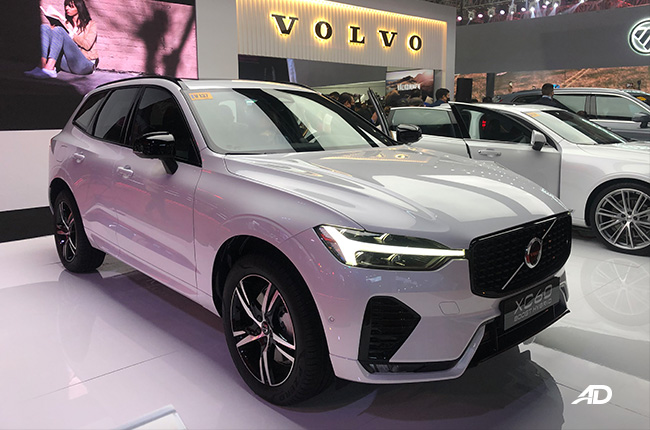 Last but definitely not least, Volvo showcased an entire line of hybrid-electric vehicles to be made available in the Philippines.

There are a ton more brands like Maserati, MG, Chery, and more with a bunch of new models and features to show you at the show, if you would just go!