Independent designer Gabor Farkas sure loves the Mitsubishi Mirage. So much so that he creates 3D renderings of his ideas on how the Japanese brand’s subcompact hatchback should look like.

Called the Concept M.R.G, Farkas used Mitsubishi’s Dynamic Shield design upfront – seen in its new models such as the Eclipse Cross, ASX, Montero Sport, and Xpander. As for its silhouette, it looks like he took some inspiration from Mitsubishi’s Robust & Ingenious design philosophy as it shares the same corner-cut design found in the Mitsubishi e-Evolution Concept launched during the 45th Tokyo Motor Show last 2017. 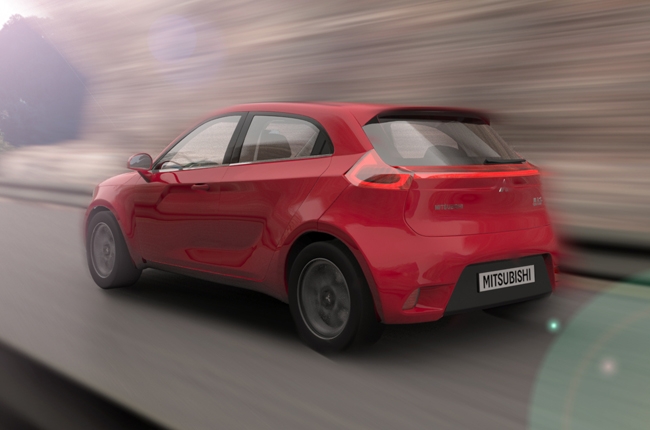 Combining both, it gives the Mirage a sharper, menacing overall look compared to the current local model’s egg-shaped design. The designer even took his ideas inside the Mirage and created a sporty-looking interior. It features a blacked-out interior that looks like it’s made out of hard plastic material. We guess he still considers the Mirage as an entry-level subcompact hatchback made for the masses. Nonetheless, It has a flat-bottom steering wheel with ergonomic controls. The Mirage concept also has a massive touchscreen infotainment, touchpad, and push-start button embedded into its center console stack. Even the seats have more attitude compared to the current local model with its bucket-seat type design with red stitching, giving the interior a sporty yet posh feel.

It seems like Farkas either really loves or hates the Mitsubishi Mirage to have come up with concept renderings for the Mirage the third time around. His first art work was released back in 2011, wherein he created the Mitsubishi CS Design Concept. This was followed up by another version of the Mirage bearing similar features to the Mitsubishi Lancer EX called Mitsubishi CS21 Concept in 2013.

All these cool-looking renderings make us wish that this is the real deal but, sadly, it isn’t. Maybe Mitsubishi Motors Corporation (MMC) should pick him up so that we can officially have these concepts to look forward to since rumors say that the brand will launch a new Mirage next year, slated first to the European market.